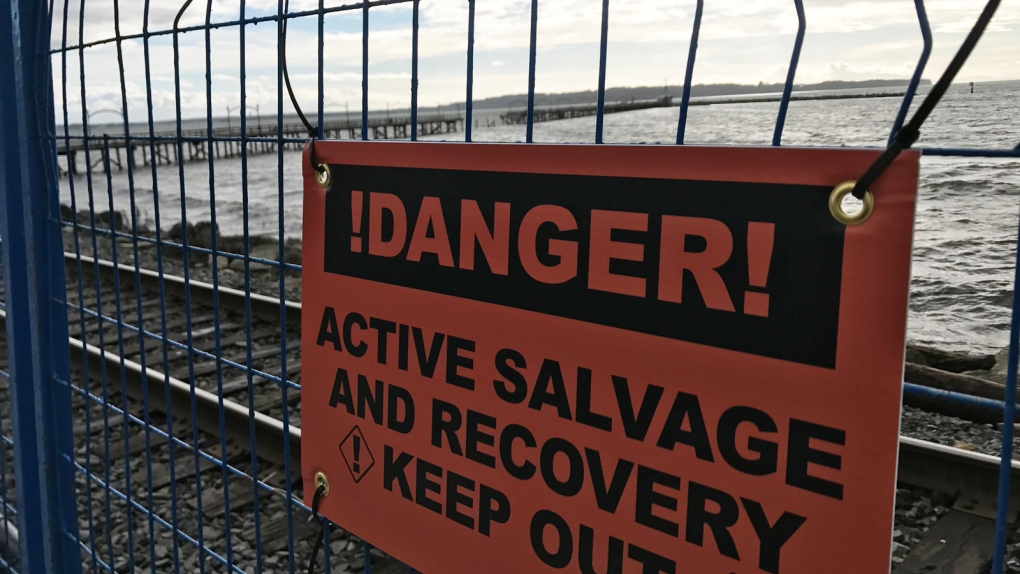 A sign warns visitors to White Rock Pier that the area is blocked off until repairs have been made. (David Molko / CTV Vancouver)

A famous chef is lending a hand to help the fundraising effort to rebuild White Rock's damaged pier.

Vikram Vij, along with Top Chef Canada winner Matthew Stowe, is organizing a team of local chefs to take part in "Chefs for the Pier."

The 300-person event will take place Sept. 12 with funds going to rebuild the storm damaged pier.

The White Rock Pier was sheared in half during December's historic windstorm.

One man was trapped on the far side of the pier drifting out to sea, forcing a helicopter to come rescue him.

Repairing the pier was initially pegged to cost $5 to $6 million, but that cost ballooned to $16.2 million.

"For our team of chefs, it's one way we can connect our community, enjoy some amazing food and help raise funds to re-build our pier," said Vij, in a news release.

The organizers behind the event say it will showcase the community coming together.

"For instance, the event is being held in the dining facilities of Oceana PARC, a brand new luxury retirement building, before their guests move in. Save-On-Foods has stepped up to supply all the ingredients and wine for our chefs. The local support we've received from businesses and individuals only reinforces how much the community is getting behind the re-building of the pier," said Ritu Khanna, of the South Surrey and White Rock Chamber of Commerce.

Tickets go on sale today and will cost attendees $300.