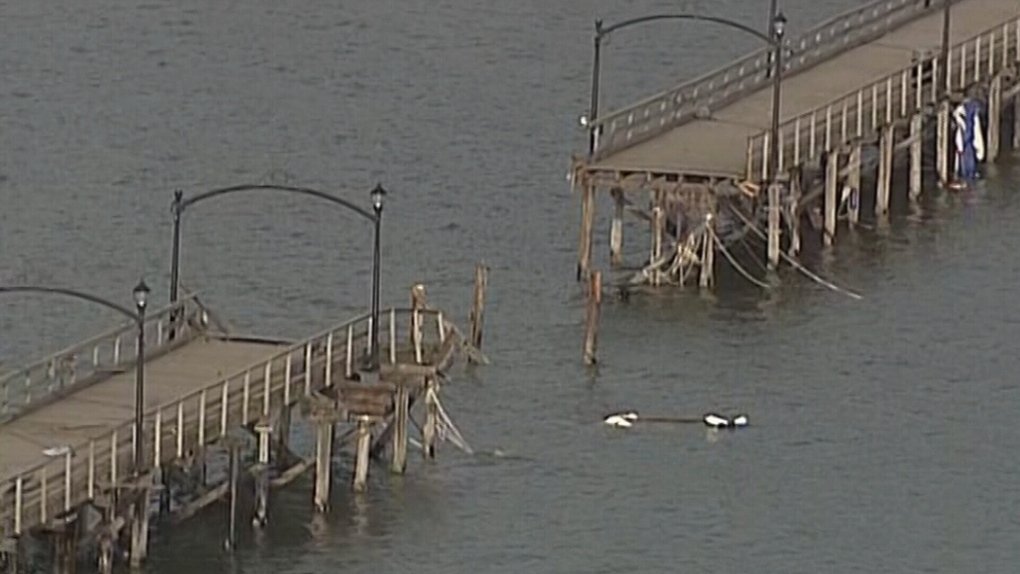 White Rock's plan to rebuild its badly damaged, century-old pier is getting a boost from a local community group.

The Friends of the Pier, a volunteer committee, is pledging to help the city cover the expected shortfall of replacing the iconic structure.

"One option would be for the City of White Rock to borrow the money, but we believe a better option is for all of us who are friends of the pier, and every generation that has enjoyed the pier over the years, to lend a hand and help out as a community," said committee chair Bob Bezubiak, with TD Bank, in a release.

The committee is formed of people from a variety of organizations, ranging from the South Surrey and White Rock chambers of commerce to the White Rock museum.

The tourist attraction was cut in two during December's historic windstorm.

One man was caught on the side being washed out to sea, forcing a helicopter to come in and rescue him.

Reconstructing the pier is expected to run to $16.2 million - if steel pilings and a concrete deck were used - according to an estimated submitted by engineering firm Westmar Advisors.

Using timber for the pilings and deck would cost slightly less, at $14.1 million.

The initial estimate of repairing the pier ran between $5 million and $6 million.

The high cost of replacing the tourist attraction was initially scoffed at by locals.

"I sort of gagged a little bit," said Greg Sims, a South Surrey resident who said he walks the stretch of waterfront at least three to four times a week.

The group's initial fundraising efforts will look to include selling wooden planks for the pier at $1,000 to selling commemorative t-shirts.

Other efforts will include:

"Every single dollar we raise will go directly to rebuilding the pier," said Bezubiak, adding that administrative and overhead costs will be covered by the group.

"It's a chance for all of us to work together as we rebuild the pier, something that means so much to all of us," said Darryl Walker, in a release.