Brush fire breaks out near campsite in Lions Bay 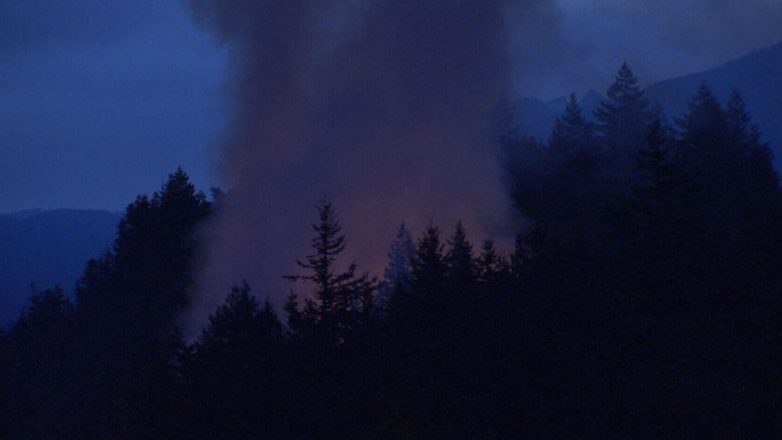 Dozens of firefighters are fighting an early morning brush fire that broke out near a campsite just off the Sea-to-Sky Highway.

“It was pretty involved, into the trees, and the terrain was horrendous to try and get it out,” said Lions Bay Fire Chief Andrew Oliver.

Oliver said trees had to be cut down to prevent the blaze from spreading, and two helicopters were called in to drop water. Firefighters from B.C. Forests and the fire department in Pemberton, north of Whistler, were also dispatched.

He said good weather conditions prevented the fire from escalating.

“With the dryness, if we had had any sort of wind it would have spread, but luckily it was quite mild with the wind, we managed to contain [the fire],” he said.

The blaze is not threatening any buildings, but it is expected to stay ablaze for several days, said Oliver.

He said the fire may have started on Tuesday, but the cause is unknown.