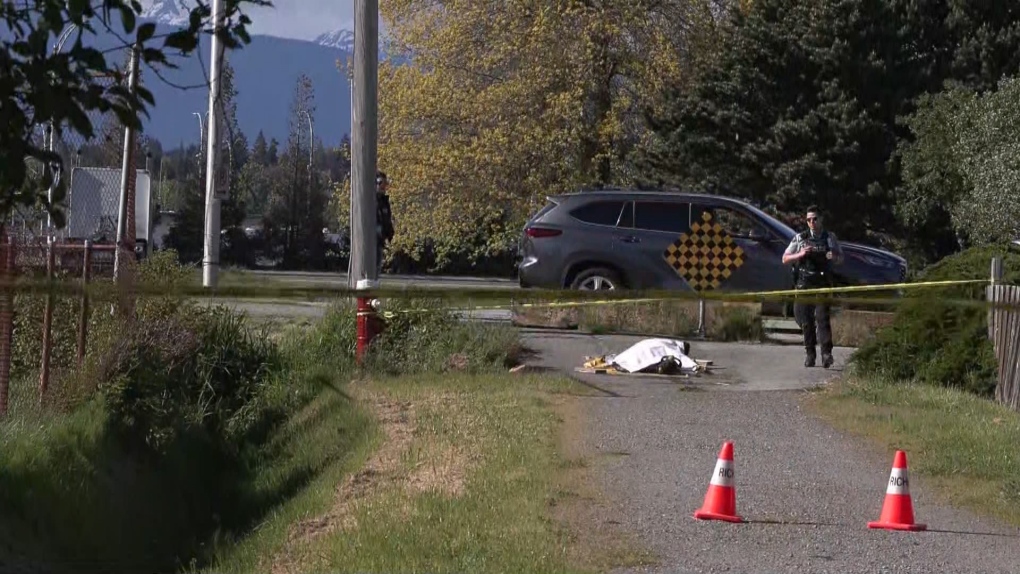 Images from the scene show a white tarp – likely covering the body – on a gravel path just off of the road. Both sides of the path can be seen behind police tape. (CTV)

Police in Richmond say they're investigating after a body was found in a ditch near Vancouver International Airport on Thursday.

The discovery was made in the 6800 block of Miller Road, according to a news release from Richmond RCMP. The area is not far from Sea Island Elementary School, on the edge of the airport-dominated island's only residential neighbourhood.

Images from the scene show a white tarp – likely covering the body – on a gravel path just off of the road. Both sides of the path can be seen behind police tape.

Richmond Fire-Rescue was called to the scene to assist with recovery, police said, adding that the BC Coroners Service had also been notified.

Mounties said there is no risk to the public, but did not provide any further details on the nature of the death or whether they believe it is suspicious.

The Uvalde school district's police chief has stepped down from his position in the City Council just weeks after being sworn in following allegations that he erred in his response to the mass shooting at Robb Elementary School that left 19 students and two teachers dead.