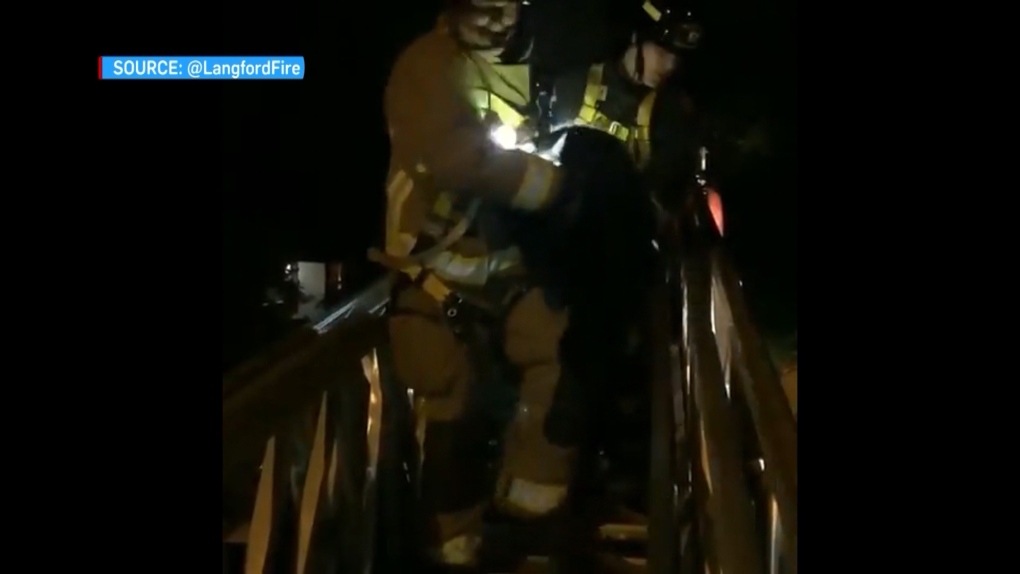 Crews from the Langford Fire Department had some heavy lifting to do Saturday night. Specifically, they had to lift a tranquilized black bear.

Firefighters were called in to help the RCMP and conservation officers after the animal was reported in a tree on Hockley Avenue, near City Hall.

They used a ladder truck to get to the bear and carry it safely back to the ground.

Conservation officers said the bear is a young adult female. She was in good condition and had no history of problems, so she has been released back into the wilderness.

Last night our crew assisted the @_BCCOS and the @WestshoreRCMP with the rescue of a tranquilized black bear from a large tree behind City Hall. The bear was taken by Conservation Officers for assessment. #yyjnews #yyj #langford pic.twitter.com/0aJpqfDCOQ