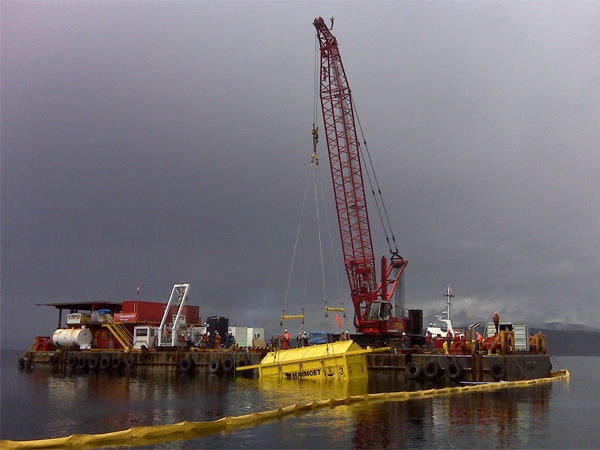 A provincial court judge in Campbell River, B.C., has found Ted LeRoy Trucking guilty of all six pollution charges linked to an oil spill in a famed B.C. ecological reserve.

In the decision, Judge Brian Saunderson ruled owner Ted LeRoy was likely "wilfully blind" to the poor condition of a company barge loaded with 11 pieces of equipment carrying nearly 20,000 litres of fuel.

That barge tipped over on Aug. 20, 2007, as it was towed through the northern Vancouver Island waters of Robson Bight Ecological Reserve, a key killer whale habitat containing unique rocks where the animals rub themselves, just metres from the beach.

The towing company and tug captain have been cleared of all charges related to the accident that released a 14 kilometre oil slick into the pristine waters, but didn't appear to cause any permanent environmental damage.

LeRoy expects to be sentenced May 3 but environmental groups are questioning how the province can recover the estimated $2.5-million clean-up cost from his company after it declared bankruptcy in Dec. 2007.

The Living Oceans Society predicts taxpayers will pay the bill and it urges the province to tighten shipping regulations to prevent similar accidents.