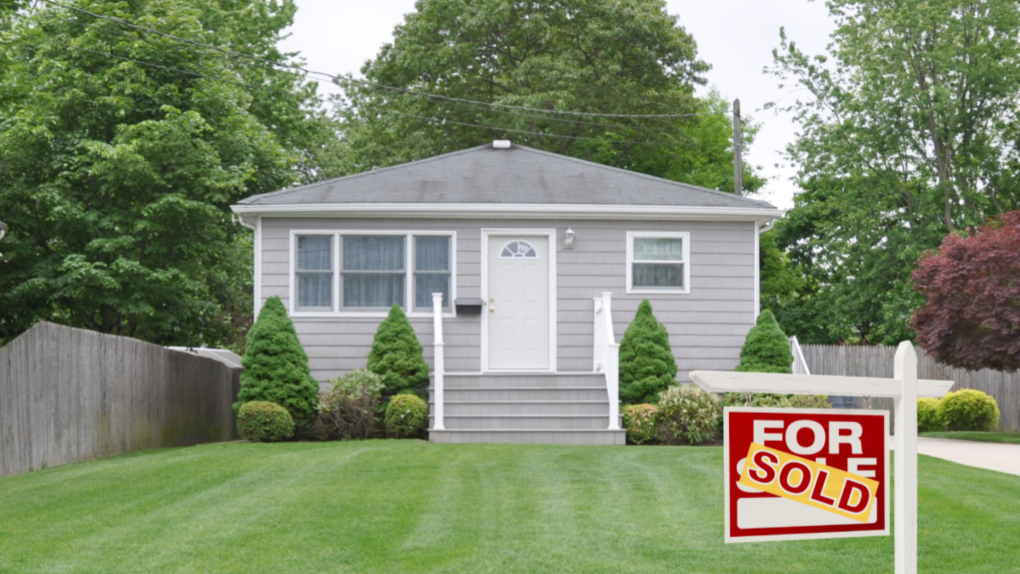 A sold sign is seen outside a home in this stock image from the B.C. ombudsperson's report on tax sales in the province.

B.C.'s ombudsperson is recommending several changes to the way municipalities use tax sales to collect outstanding property taxes after determining that the City of Penticton had unfairly sold a vulnerable resident's home.

The home in question belonged to a 60-year-old woman identified in the Ombudsperson Jay Chalke's report as "Ms. Wilson." She had lived in the home for many years with her mother, and owned it outright.

Wilson's mother died in 2013, and she did not pay property taxes on the home for 2015 and 2016, according to the ombudsperson's report, which was issued Wednesday.

The report notes that Wilson was able to pay the roughly $10,000 she owed, but had difficulty doing so because of "health concerns" that made it hard for her to understand the tax notices that were sent to her home and respond appropriately to them or the other communications she had with the city.

Chalke's office learned of the woman's situation from her sister - identified in the report as "Ms. Allen" - who Wilson granted power of attorney in 2016, but who was unaware of her sister's struggles until after the tax sale.

The ombudsperson's report notes that Allen had no way of knowing that her sister was in trouble, and argues that the city had a responsibility to inquire more deeply about why Wilson had failed to pay her taxes.

According to the report, tax sales are very rarely completed. Typically, the homeowner is able to "redeem" the property by paying off the amount they owe before the property is sold.

Wilson's home was only the third of 152 tax sales to be completed in the City of Penticton over the last 32 years, according to the report.

“The results of this investigation are disturbing,” said Chalke in a news release Wednesday.

“Ms. Wilson was a vulnerable member of the Penticton community and just needed some extra assistance to pay her taxes. The City of Penticton called Ms. Wilson once, but did not contact the Public Guardian and Trustee or Interior Health, who have the legal mandate to make inquiries as to whether an adult is vulnerable and needs support or assistance. The city’s failure to reach out to one of these helping organizations contributed to a devastating and preventable loss.”

The report also notes several errors the city made in its communications with Wilson, including referencing incorrect sections of the Local Government Act on multiple occasions and providing Wilson with the wrong deadline for redeeming her property three different times.

In its response to the ombudsperson's report, the city describes these issues as "minor errors and deficiencies," and maintains that it fulfilled its legal obligations in the case.

While Chalke's report does not allege any illegal behaviour on the part of the city, the ombudsperson made it clear in his statement Wednesday that he did not find the city's response satisfactory.

“Selling someone’s home to pay a relatively small tax debt is an extraordinary power and I expect when a municipality takes such action it is scrupulously accurate,” said Chalke in the news release.

“While the City of Penticton may view its own errors as immaterial, I do not agree. The cumulative effect of the city’s multiple mistakes was to make the process unfair for Ms. Wilson.”

Chalke's report makes six recommendations: five of them to the province's Ministry of Municipal Affairs and one to the City of Penticton.

To the ministry, the report recommends:

The report also recommends that the city pay Wilson $140,922.88 as compensation for some of the equity she lost in the sale.

The ministry accepted all five of the recommendations directed at it, according to the report, and the city's response to the ombudsperson indicates support for those five recommendations as well.

The city declined to pay Wilson the recommended compensation, however.

“I am disappointed that the City of Penticton is not taking responsibility for both the multiple errors and omissions it made in its communication with Ms. Wilson and the insufficient action it took to help her get the assistance she needed,” said Chalke in the release.

“I am calling on the city to realize the gravity of this situation for this vulnerable member of its community and compensate Ms. Wilson as I have recommended. It’s never too late to do the right thing.”

Canada noncommittal on next steps in Ukraine as U.S., U.K. pull out diplomats

As the United States and the United Kingdom withdraw embassy and diplomatic staff from Ukraine amid the ongoing buildup of Russian troops at the borders, Canadian officials won't say whether their diplomats will follow suit.

At-home testing for coronavirus? Here's why you should keep pets away

Self-testing COVID-19 rapid antigen tests authorized by Health Canada for purchase and use by the general public contain very low quantities of ingredients that are potentially harmful in larger amounts.

Quebecers will have to show proof of COVID-19 vaccination to enter big-box stores with a surface area of more than 1,500 square metres, except for grocery stores or pharmacies.

U.K. to lift travel test requirements for the vaccinated

The British government announced Monday that it is scrapping coronavirus testing requirements for vaccinated people arriving in England, news hailed by the travel industry as a big step back to normality.

Tensions soared Monday between Russia and the West over concerns that Moscow is planning to invade Ukraine, with NATO outlining potential troop and ship deployments, Britain saying it would withdraw some diplomats from Kyiv, and Ireland denouncing upcoming Russian war games off its coast as unwelcome.

As a result of the COVID-19 pandemic, life expectancy in Canada dropped 0.6 years in 2020, the largest single-year decline ever recorded.