B.C. home sales would be 10% higher without 'stress test': BCREA 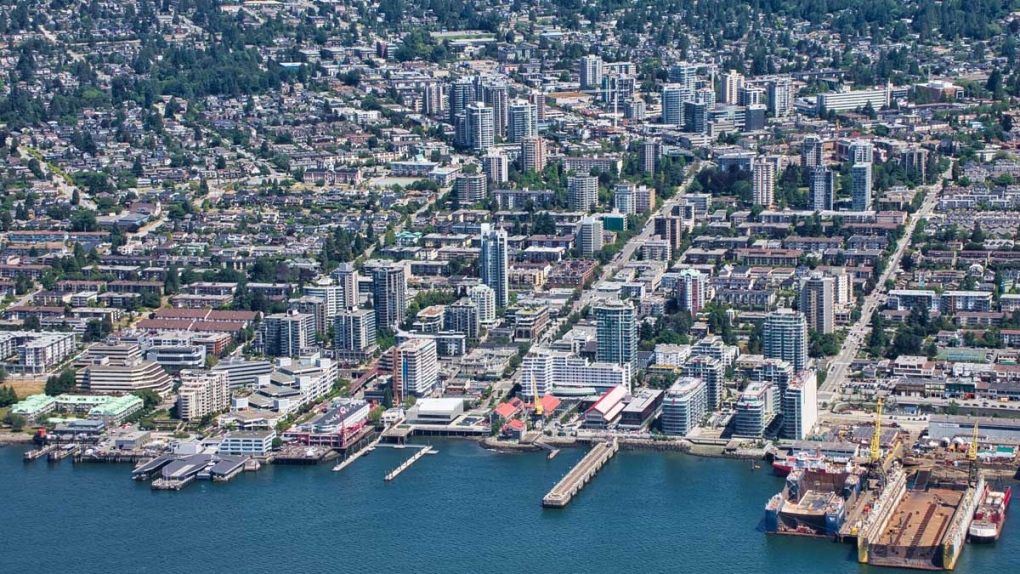 The Lower Lonsdale area of North Vancouver is shown in an image from June 2019. (CTV News Vancouver's Pete Cline in Chopper 9)

A just-released report gauging the impact of a mortgage "stress test" suggests home sales would have been about 10 per cent higher without it.

The B.C. Real Estate Association suggests an additional 7,500 homes would have been sold last year had would-be buyers been able to pass the test.

Sales across the country dipped in 2018, partially due to interest rates and affordability, the BCREA said.

However, the B-20 test also played a part. The federal mortgage guideline is meant to ensure those buying a home would still be able to make payments if the interest rate rose or their income fell.

The move has been credited by some as bringing housing activity down to a sustainable level in markets including Vancouver's, but critics have argued the rules are too rigid.

Some real estate boards and economists have argued the rules are so strict that it could negatively impact the market by eliminating a large pool of first-time buyers.

BCREA data suggested B-20 had a more profound impact in Canada's most expensive markets – Metro Vancouver and Toronto. While the dip in sales is not due to the test alone, the association estimated it accounted for an average of nearly one-third of the total downturn in sales, and cost the province more than $500 million in spin-off economic activity. 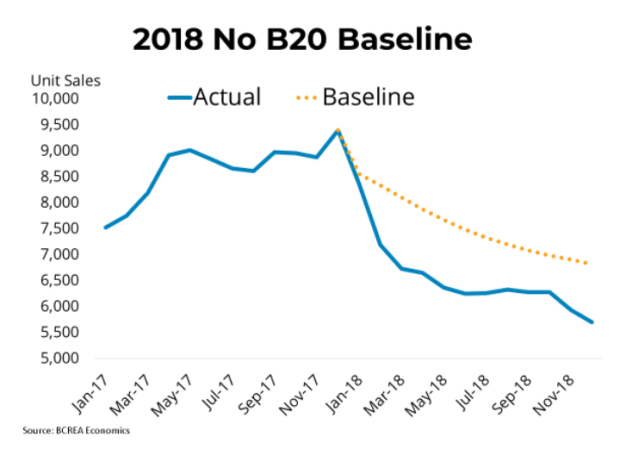