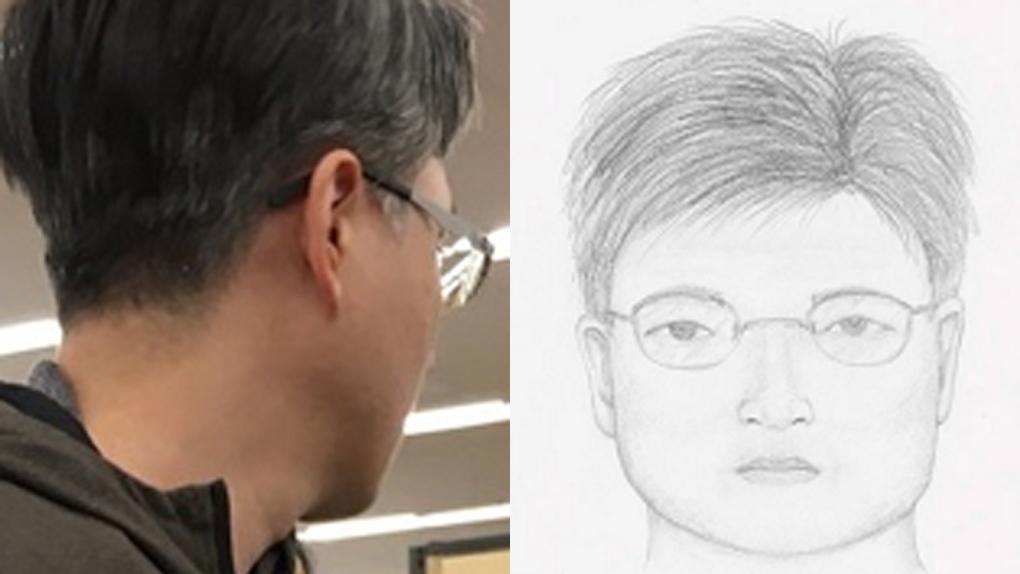 A suspect photo and sketch provided by the Burnaby RCMP are seen following an alleged voyeurism incident at a local Walmart store.

Mounties in Burnaby are searching for a suspect after an alleged voyeurism incident at a local Walmart.

According to a police statement, a victim was in the change room of the Walmart at 9855 Austin Road shortly after noon on March 25 when she noticed "what she believed to be a cell phone under the door of the change room she was using."

When the victim came out of the room, she saw a man emerge from the stall beside her, police said.

"The man was challenged by shoppers but fled the scene," the statement said, adding that one shopper was able to snap a photo of the suspect.

Investigators have also released a sketch of the suspect, who is described as an Asian male with a slender build, salt and pepper hair and glasses. Police said he is about five feet tall.

Can you help identify this suspect in a voyeurism investigation? This incident occurred at Walmart at 9855 Austin Road in #Burnaby in late March – more info available here: https://t.co/UDMZxT5k57 pic.twitter.com/0GGYSfSMQZ