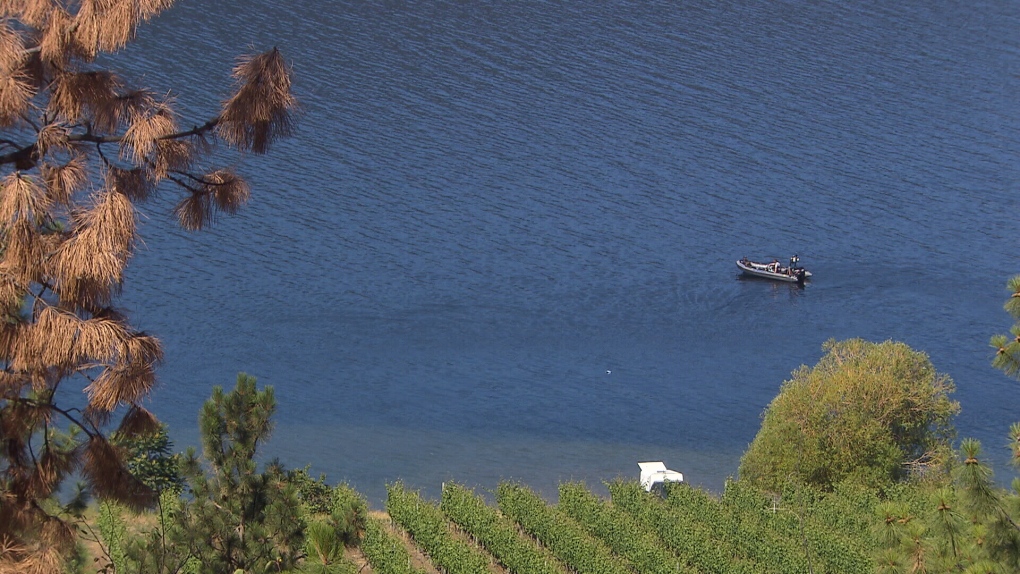 Okanagan Lake is seen in this file photo from 2016. (CTV)

VANCOUVER -- The RCMP's Underwater Recovery Team has been called to retrieve the body of an Alberta man police believe drowned in Okanagan Lake Saturday.

The 33-year-old was cliff-jumping near Rattlesnake Island on Okanagan Lake when he did not resurface, police said in a news release Sunday.

West Kelowna RCMP, Peachland Fire and Rescue and Central Okanagan Search and Rescue all responded to the scene after the call came in around 2:40 p.m., police said. Despite their efforts, they were unable to locate the man, who is now presumed drowned.

The underwater recovery team was called in Sunday to attempt to locate the man's body, police said.

They're asking boaters to stay away from the area while the team conducts its search, and said they can't provide an estimate of how long the recovery effort will take.

Investigators do not believe there was criminality involved in the man's death, police said, adding that the BC Coroners Service has been notified of the incident.