Abolish the park board? Poll finds half of Vancouverites would like to do just that

Abolish the park board? Poll finds half of Vancouverites would like to do just that 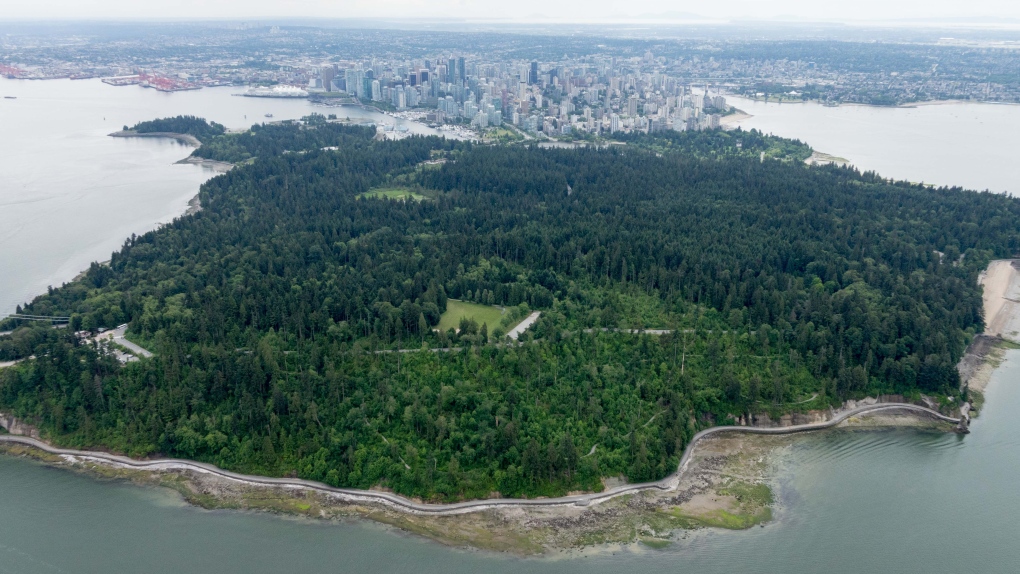 Stanley Park is seen from the air in this undated photo taken by CTV's Pete Cline in Chopper 9.

Fifty-two per cent of Vancouver residents would like to see the city's Board of Parks and Recreation abolished and responsibility for city parks placed under the jurisdiction of the city council, according to a new poll.

Conducted by Research Co., the online survey asked a representative sample of 400 Vancouverites whether they agreed or disagreed with the statement, "The City of Vancouver should eliminate the Board of Parks and Recreation, and place public parks and the public recreation system under the jurisdiction of City Council."

Responses were weighted based on census data for age, gender and region within the City of Vancouver, and Research Co. says the poll carries a margin of error of 4.9 percentage points, 19 times out of 20.

Twenty-two per cent of respondents said they "strongly agree" with the statement, and another 30 per cent said they "moderately agree." Eighteen per cent were unsure how to answer, and the remaining 29 per cent disagreed (22 per cent moderately, 7 per cent strongly).

Notably, residents of downtown Vancouver were especially likely to agree that the park board should be abolished, with 63 per cent agreeing either strongly or moderately, compared to 52 per cent on the city's west side and 45 per cent in East Vancouver.

The poll did not ask respondents why they thought the park board should be eliminated, but Research Co. president Mario Canseco noted in a news release that the percentage who feel this way has grown since the last time the question was asked.

In November 2020, 44 per cent of likely voters in Vancouver favoured the elimination of the Board of Parks and Recreation, according to Canseco.

"At the time, I thought it was a really high percentage," he told CTV News. "You know, it's more than two out of five who believe that the park board isn't doing its job."

Since that time, the board has faced a lawsuit and a human rights complaint over its introduction of a bike lane on Stanley Park Drive, a change that faced renewed criticism amid heavy traffic in the park last month.

The board has also approved another pilot project for allowing alcohol consumption in parks, extending its study of an issue it first began considering in December 2018.

Asked why he thinks so many Vancouverites believe the park board should be eliminated, Canseco said it's hard to know whether people are reacting to the board as an institution or to its current members. He cited the bike lane fight – which he described as a "lightning rod" – as an example of the fractured nature of the board's current makeup.

"The animosity is there," Canseco said. "Now, is this animosity happening because people are dissatisfied with this particular park board? Or because they think that it's a legislative body that shouldn't exist?"

The answer to those questions may come in the municipal election this October, the pollster added.

"What happens to the incumbents who are running again? If we wind up in a situation where nobody gets returned, then you know that it was more about the people and less about the body."

Vancouver is the only city in Canada with an elected Board of Parks and Recreation. In other large cities, parks are overseen by city council subcommittees, professional staff reporting to council, and volunteer boards.