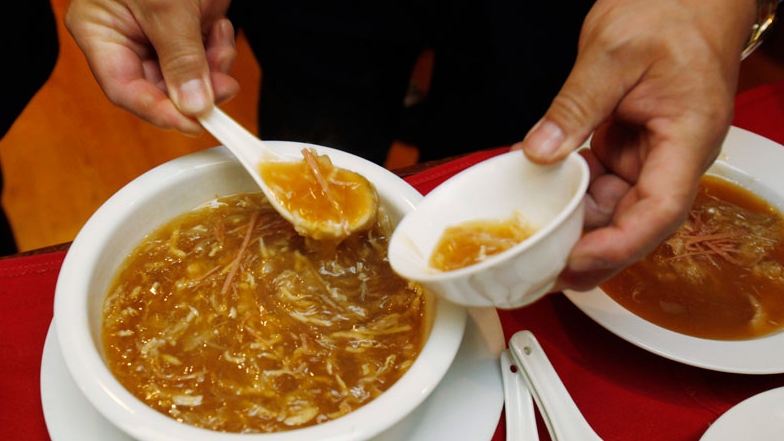 A proposed federal law to ban the importation and exportation of a controversial delicacy has sweeping support from the Senate.

This week, Bill S238 passed the third reading in the Senate and now it will move onto the House of Commons for debate.

“We definitely feel it is a positive step,” said Cecile Yuen, a member of Vancouver-based group Shark Truth.

The non-profit aims to educate people about the issues of harvesting shark fin, where the lucrative limb is sliced off and the predator is thrown back into the water to drown.

Shark fin soup is considered a delicacy in Chinese cuisine and is often served at weddings as a sign of status.

But efforts to honour both cultural traditions and shark conservation appear to be working.

“We do know that from talking to restaurants, they do say that wedding couples are choosing to ask for a menu without shark fin soup,” she said.

Since it was founded in 2009, Shark Truth said its campaigns have helped divert over 80,000 bowls of shark fin soup at banquets.

But Yuen said there are still some Metro Vancouver restaurants that serve the delicacy.

If the federal law is passed, it would mean restaurants would use its current supply and will not be able to import any more shark fin.

Thrilled to announce that Bill #S238, banning the importation/exportation of shark fins, has cleared the Senate! Thanks to those who have supported us, and to my colleagues in the Senate for their thorough work. Now, over to my friends in the House! #SaveSharks #SharkFin @SenCa