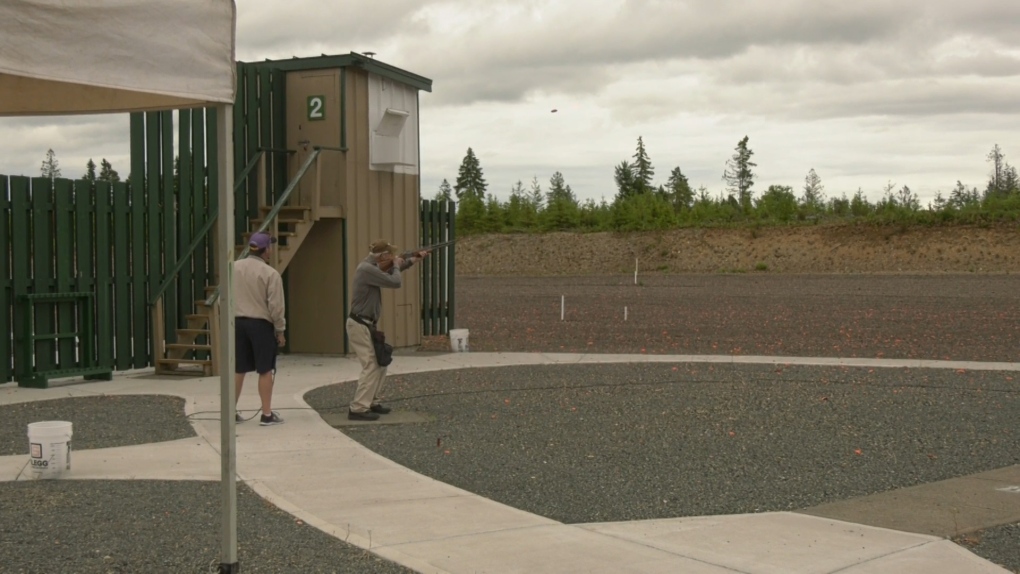 Jim Webster, 93, shoots at a target during the 2019 Canadian Skeet Championships.

Jim Webster has been shooting guns since he was nine years old, which is a long time for someone who is nearly 94.

The Saskatoon resident was in Cumberland, B.C., this weekend to compete in the Canadian Skeet Championships, and his chances of victory were assured.

"It's for sure that I'm going to win my age class," Webster told CTV News Vancouver Island. "I'm a supervet, by class. There's nobody else in Canada that's a supervet."

The 93-year-old has been skeet shooting competitively for the last 20 years, and he has won the world championship in his age group multiple times.

Webster will be 94 by the time this year's World Skeet Championships begin in San Antonio, Texas, but he says he likes his chances of winning.

"It's a matter of training, and I've been training myself pretty hard the last couple of years," Webster said. "I think I'm moving better now than I ever did ... Walking and so on, I don't. I'm slow as molasses in January. But I'm moving pretty good on the range."

A total of 45 shooters from across the country took part in the national competition in Cumberland, which concluded Sunday.

The winners receive small cash prizes from the competition's sponsors, but the bigger reward is the right to call yourself the best in Canada, said competition co-chair Brad McRae.

"[Winners get] all kinds of glory, more glory than they can possibly handle," McRae said. "There's a lot of competitors here that will travel to Texas and compete there as well."

This weekend's competition is the 64th edition of Canada's national skeet shooting championship, but it's the first one McRae is aware of that has been held in British Columbia.

"Recently we've been trying to move it around the country," he said. "This is the first time, to my knowledge, that we've been to the West Coast."

Most of Canada's skeet shooters are located in Ontario, where the competition is most often held, McRae said.

"I noticed there's a resurgence in B.C. and there's a lot of people competing out here," he said. "It's time to come out and support the local guys."