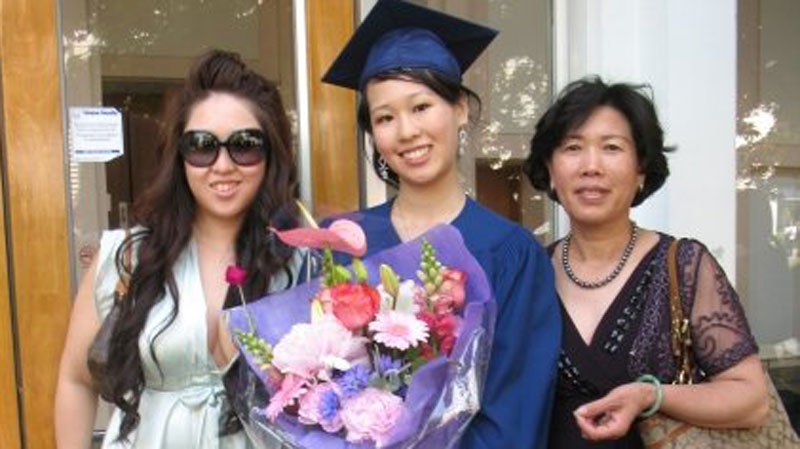 Elisa Lam, middle, posed with her sister and mother in this Facebook image. LAPD say the body of a woman found wedged in a water tank on the roof of a downtown hotel is that of the missing Canadian guest.

The death of a Vancouver student whose body was found in a Los Angeles hotel’s water tank earlier this year has been ruled an accidental drowning, a county coroner’s office confirmed Thursday.

Authorities said 21-year-old Elisa Lam’s bipolar disorder is listed as a significant condition in her death. Toxicology tests turned up no signs of foul play or drug use, and the coroner considers the file closed.

For months, the bizarre circumstances of Lam’s disappearance fuelled speculation that the University of British Columbia student may have been murdered.

She went missing on Jan. 31 while staying at the Cecil Hotel, located near L.A.’s notorious skid row. Surveillance video showed Lam acting strangely in a hotel elevator, pushing several buttons, hiding in a corner and then peering into the hallway.

The last people to see her, a hotel hostess and desk clerk, said they never saw her with anyone else.

Weeks later, on Feb. 19, a maintenance worker discovered Lam’s body inside one of the Cecil’s four rooftop water tanks while investigating complaints about low water pressure.

Lam arrived alone in L.A. four days before she vanished, and had been in daily contact with her family in Vancouver.

Her reason for travelling to California is unclear, but police said her intended final destination was Santa Cruz, which is about 563 kilometres north of L.A.