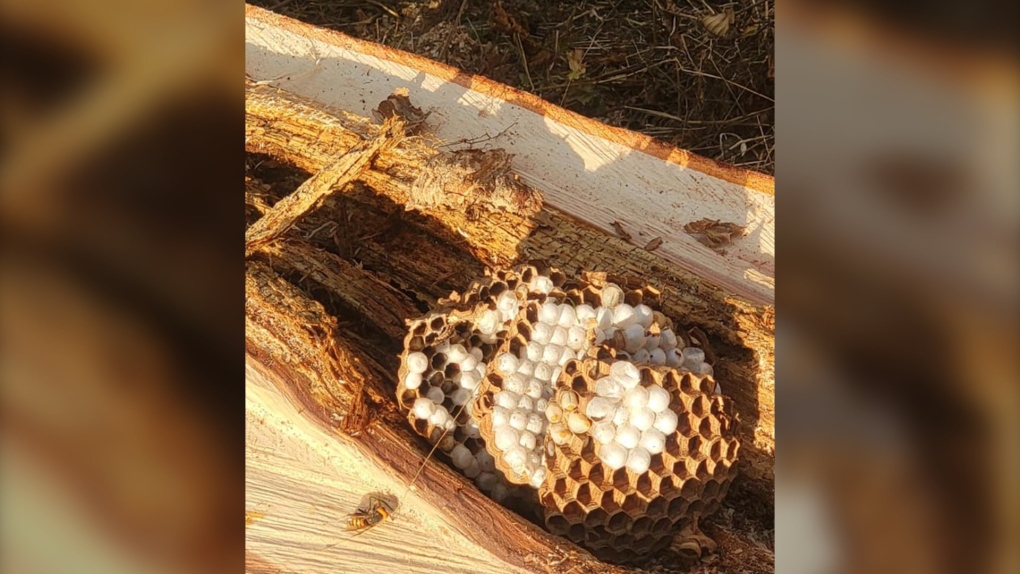 A third Asian giant hornet nest has been found, according to a statement from the Washington State Department of Agriculture.

The news comes as the department says it has eradicated the second Asian giant hornet nest of the year, which it found last week.

The department didn't say how many hornets were in the second nest, but said there were four “combs,” photos of which it included in a Facebook post on Saturday.

All of the so-called “murder hornet” nests have been located within a few kilometres of each other in Whatcom County directly south of B.C.’s border with Washington.

The hornets can grow up to five centimetres long and at least one has been spotted this summer in Langley, southeast of Vancouver.

Both B.C. and Washington have extensive monitoring programs to track and locate the invasive species.

As the federal party leaders make their final push to Canadian voters, new polling data suggests that the Liberals and the Conservatives are in dead heat.

The United States has blocked the Mexican border at an isolated Texas town where thousands of Haitian refugees have crossed and set up a camp, hoping to stop the flow of migrants as officials also began flying some of the migrants back to their homeland.

Canadian snowbirds are watching to see if the United States finally eases the travel restrictions preventing them from driving south for the winter but some are flying in and planning on getting a COVID-19 booster shot as soon as they get there, said one Toronto travel insurance broker.

Despite their remote locations, Canada's reclusive lighthouse keepers have one of the highest voter turnouts in the country -- thanks to a part-time election official who flew in their ballots by helicopter. Vlasta Booth, who usually runs a chocolate shop in Victoria, delivered ballots to 27 lighthouses off the coast of B.C., by chopper last week.