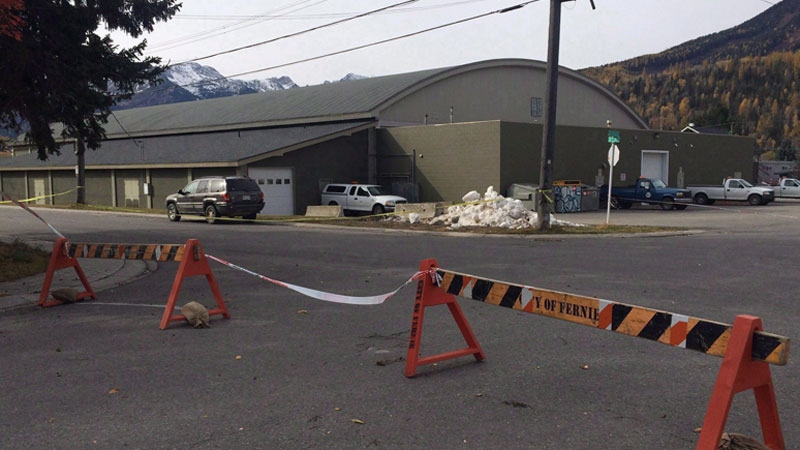 VANCOUVER - Two years after a fatal ammonia leak in Fernie, a safety organization says awareness has increased and reports of ammonia-related incidents are up across the refrigeration industry.

On Oct. 17, 2017, three men died following a leak of the colourless gas at an ice rink in the small B.C. town. Two of the victims were City of Fernie employees Wayne Hornquist and Lloyd Smith. The third was a refrigeration contractor, Jason Podloski, from Alberta.

An investigation report released by Technical Safety BC the following July revealed the leak was caused by an aging ice chilling system that the organization says was past its service life.

After that investigation, Technical Safety BC released a list of 18 recommendations for arena owners, maintenance contractors and local governments and since then, director of technical programs Janice Lee says there's been an increase in reported incidents.

"What we have observed is that there definitely is a broader awareness around ammonia, the hazards around it and how to manage it," she told CTV News Vancouver.

"We are getting more reports of incidents. To me, they're not necessarily an indication that there are worse things happening.

"I think it's more of an awareness that people are reporting issues that they're identifying on their sites and that we are observing that people are, in those facilities, managing them in the appropriate way."

Lee added implementing the 18 recommendations is still a work in progress, as some of them are long-term projects.

One of those long-term projects was creating a maintenance guideline for use not only in ice rinks, but across the ammonia industry.

"That guideline is meant to help facilities focus around equipment integrity and maintenance planning from a preventative perspective," Lee said.

But ultimately, staff need to continually be educated about the risks surrounding ammonia, the safety organization says.

"If your refrigeration systems use ammonia, it is critical to understand the hazards, have qualified employees in place to deal with this complex equipment, and be aware of the risks presented by aging equipment," said Technical Safety BC president and CEO Catherine Roome in a news release.

"While the owners of these facilities are ultimately responsible for the ongoing maintenance and replacement of their equipment and ensuring their staff are trained appropriately, we have technical expertise and supporting data that can be used to help these organizations mitigate risk. We are here to support with education, resources and training."

With files from CTV News Calgary