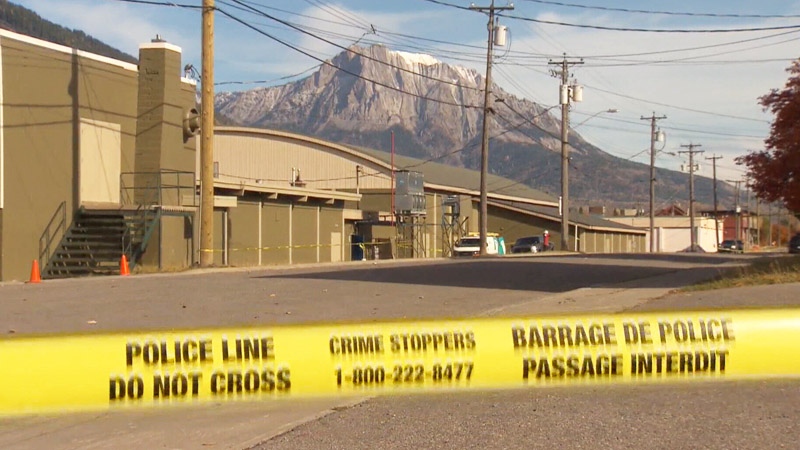 A refrigeration company and the City of Fernie have been cited under workplace health and safety regulations following an investigation into the deaths of three men exposed to an ammonia leak last year.

Three people who died while trying to fix an arena refrigeration system in Fernie hadn't practiced emergency procedures, were not wearing protective gear, and the alarm's volume had been turned down, a report into the fatal incident found.

The report said the city was cited with seven violations of the Occupational Health and Safety Regulation and one under the Workers Compensation Act. The parent company of CIMCO Refrigeration was cited with two violations.

The 74-page report released by WorkSafeBC Wednesday outlined what happened that day, and looked at how similar situations can be avoided in the future.

The arena was shut down during the summer season, during which time a hole formed in a corroded tube. A report from Technical Safety BC released in July said that the equipment was aging, and that a maintenance worker had recommended it be replaced seven years before the workers died.

WorkSafeBC found that it had been in operation about 30 years, five to 10 years more than the industry norm.

The leak between the ammonia and brine used to cool the arena's hockey and curling rink was not repaired, WorkSafeBC said.

The chiller was turned back on Oct. 16, and less than 24 hours later, an automatic ammonia gas detector was triggered. The alarm system sent an alert to the fire department and a security company, and two City of Fernie workers were called in.

Firefighters measured the ammonia reading at 300 parts per million, a level considered immediately dangerous. The system was shut down, and firefighters vented the building before leaving the area.

The city workers remained, and decided to restart the compressors in an effort to save the rink's ice, WorkSafeBC said. But they would not restart, and a mechanic was brought in to change the oil.

Meanwhile, arrangements were made to silence the ammonia alarm, which was still sounding.

When the mechanic arrived, he and the city workers went back into the compressor room. They were not wearing personal protective equipment and did not have ammonia exposure monitors.

There was no backup team, and emergency responders had been sent away earlier in the day.

"Although the presence of any of these safety resources would not have prevented the incident from occurring, the potential that exposure levels to workers could have been reduced, and that detection and extration times could have been dramatically shortened, must be considered as significant factors in this case," the report said.

WorkSafeBC said ammonia leak emergency procedures had not been reviewed and practiced before to the fatal incident.

"Important safety steps were overlooked prior to the commencement of restart activities for the leaking refrigeration system," it said.

During the summer months, when it is believed the leak began, and the time the chiller was shut down in October, the ammonia and brine inside had been mixing and pressure was building inside the system.

The pressure caused a coupling in the pipes to separate, and the workers were sprayed with brine and ammonia.

A high concentration of ammonia was released into the room, reaching a level that was not survivable.

No warning went off when the second mechanical failure occurred and the workers were sprayed, the report said. The grim discovery was instead made by an electrician by chance. He had no training in ammonia rescue and put himself at high risk trying to save the workers.

Following the deaths of the city workers and the mechanic, identified as Wayne Hornquist, Lloyd Smith and Jason Podloski, all of B.C.'s 223 arenas were inspected. Eight-in-10 were found to be using ammonia-based refrigeration systems.

The findings may result in enforcement action where violations of the Workers Compensation Act or Occupational Health and Safety Regulation have occurred.

The agency is also considering whether there is any appropriate enforcement action required in the Fernie case.

CIMCO said it would review the recommendations outlined in the report to strengthen its policies, The Canadian Press reported.

The City of Fernie issued a statement saying that it is still grieving the loss of the workers, and that staff members have learned from the report.

"We now all have the benefit of hindsight. We now know that mixing coolants, as led to the incident, creates a hazard – something no one in the industry knew before," Chief Administrative Officer Norm McInnis said.

"We continue to reflect on the learnings of this terrible accident. It compels us all to think about how to improve."

He wrote that Fernie is looking at how to better make safety a goal in all city functions and that municipal officials agreed with the areas WorkSafeBC flagged as needing work. He said administration and council will take time to review the report in detail.

WorkSafeBC released an animated video explaining the findings and explaining how the cooling system works: