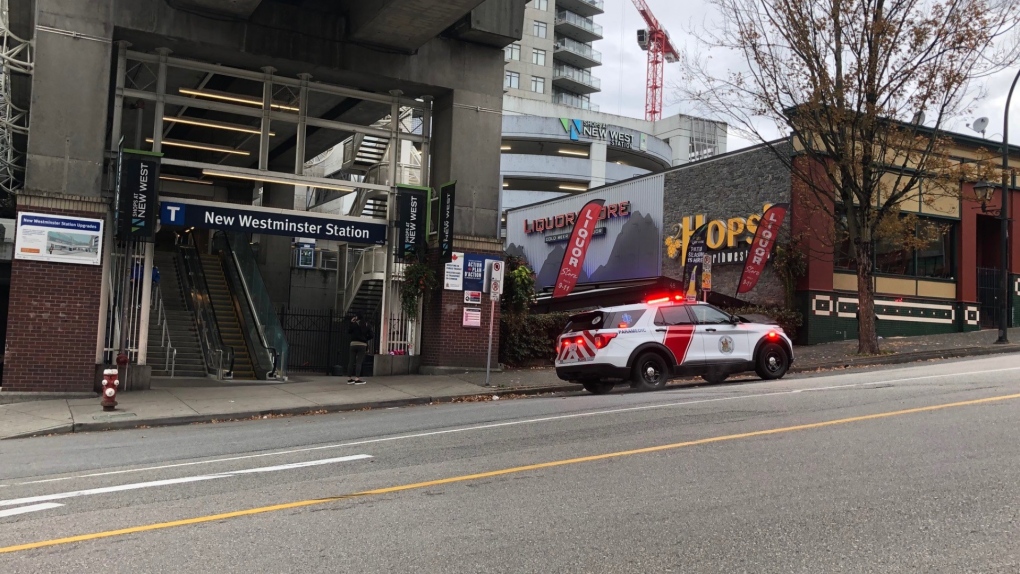 New Westminster Station was closed on Oct. 12, 2021, due to a medical emergency. (Maria Weisgarber photo)
Vancouver -

Shortly after 8:15 a.m., TransLink tweeted there was an emergency at New Westminster Station on the Expo Line. Both that station and 22nd Street Station were closed as a result.

"Please stay away from the area; plan an alternate route for your morning commute," transit police said on Twitter. "Be patient with your fellow passengers and transit staff. Everyone is working hard to get you where you need to go."

Trains were turning back at Edmonds and Columbia Street stations, but additional bus service and a bus bridge were in place. That bus bridge was running between Columbia Station and Edmonds Station.

The Canada Line and the Millennium were unaffected.

"Expo Line service now operating normally," TransLink said in a tweet. "We thank you for your patience as we worked to resolve this issue."