2 in hospital in critical condition after crash on Highway 1 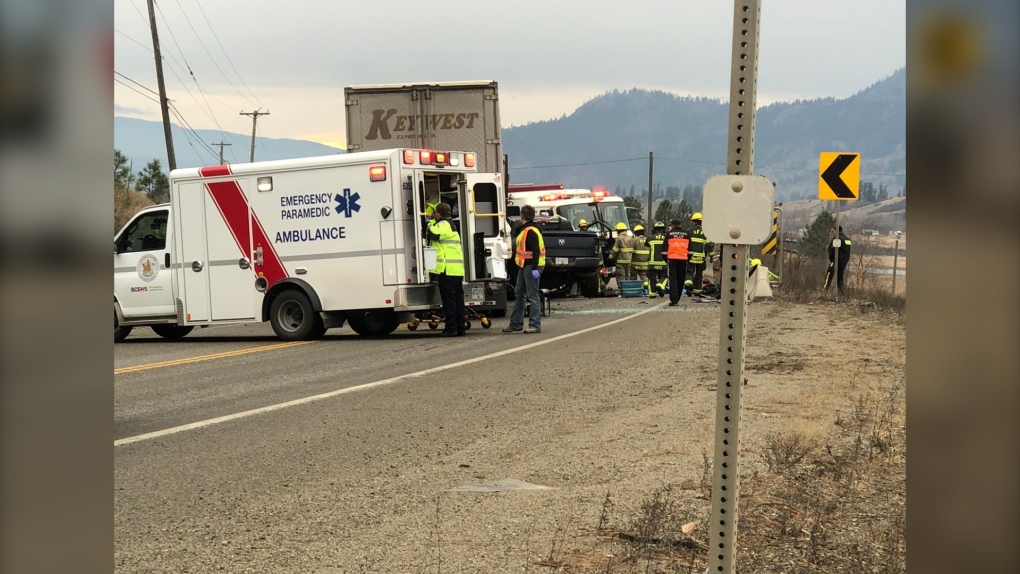 B.C. Emergency Health Services said it received a call about the incident just before 12:10 p.m. and dispatched three ambulances and one helicopter to the scene east of Kamloops and just a few kilometres west of Chase, B.C.

Two patients were transported in critical condition, one by ground ambulance and one by air ambulance, EHS said.

Chris Gilbert was driving on the highway Saturday afternoon and came upon the scene of the crash shortly after it happened. He told CTV News the crash involved a semi-truck and a pickup truck.

Gilbert said he watched firefighters cut the pickup open to allow them to extract the driver, who he said appeared to be conscious and moving as they were put into an ambulance.

A picture Gilbert took of the scene shows broken glass strewn across the roadway and first responders blocking traffic in both directions.

DriveBC tweeted about the crash shortly before 12:30 p.m., and sent an update noting that the highway was closed in both directions at 1:25 p.m.

As of 2:45 p.m., a single lane of the highway had been reopened to alternating traffic, according to DriveBC.

This is a developing story and will be updated as more information becomes available.