13 exotic cats seized from B.C. breeder after being found in 'horrific conditions': SPCA 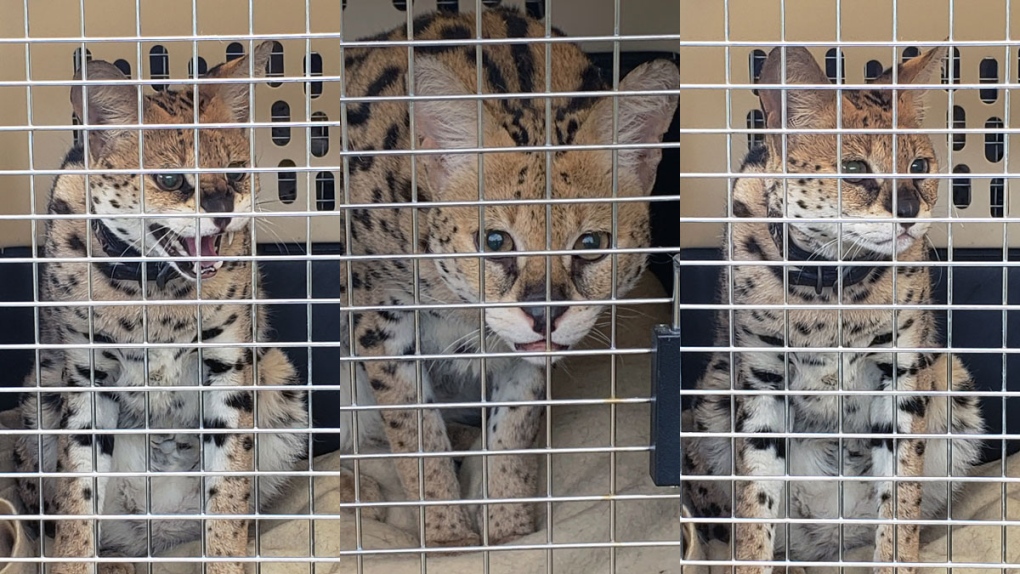 The BC SPCA says it seized 13 serval cats in Little Fort, B.C.

More than a dozen exotic cats and kittens have been seized from a breeder after reportedly being found in distress.

Ten adult serval cats and three kittens were taken in by the BC SPCA recently from a breeder in Little Fort, a small community about 100 kilometres north of Kamloops.

The cats were found in what the BC SPCA says were "horrific living conditions."

In a statement the society said it was alerted to the case by reports of sick and injured animals being sold. Most of the servals were being kept in RV trailers on the property, the SPCA said.

Constables say the cats were exposed to high levels of ammonia from urine, their litter boxes were overflowing with feces, they did not have proper ventilation or access to water and had no natural light.

"The idea of these beautiful wild animals being confined in captivity is disturbing enough, but in this case, the animals were kept indoors in substandard conditions, without access to the outdoors or exercise."

The cats were moved from the scene and are being kept at an undisclosed location for their safety, the SPCA said. Two dogs and a domestic cat were also seized.

Servals are not included under the provincial Controlled Alien Species Regulation, meaning their breeding is unregulated.

"This is a case we see commonly with substandard breeders, where they have a very attractive website and people are unaware of how distressing the actual living conditions are for the animals. All interactions are online and buyers never visit the property," Moriarty said.

"Unfortunately, there are certain people who are drawn to the attention they receive by owning an exotic animal, but it is so distressing to see these beautiful wild animals suffering because of people's desire to have a novelty pet and the breeders who profit from it."

The SPCA's investigation is ongoing and it expects to recommend animal cruelty charges.