$10 million lotto winner says his first purchase will be 'dinner' 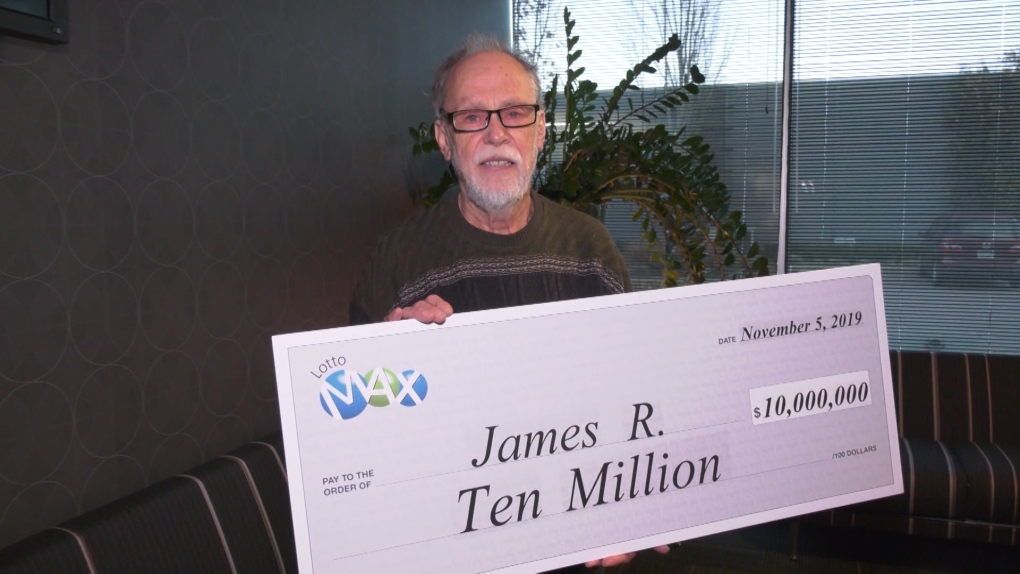 Vancouver resident James Russell matched all seven numbers in the Lotto Max draw on Nov. 1. He said he doesn't have any significant plans yet but was looking forward to celebrating his win over a meal with friends Tuesday night.

"I have friends who are from out of town visiting, and we're going to go out for dinner tonight," he said. "And I guess I'll be buying."

Russell bought the winning ticket after going for his regular walk with his dogs. He says it had been several months since he'd purchased his last lottery ticket, and he thought he must have made a mistake when he checked his numbers.

"I checked, triple checked. The numbers didn't change so I wound up here," he said Tuesday at the cheque presentation.

When asked if he would make any large purchases such as a luxury car, Russell said he would prefer to give his money to a non-profit.

"I'm sure I'll give some of it away, but not to Ferrari," he said. "I'd rather give it to some NGO than some multi-national corporation that doesn't need my money anyway."

Russell also said he plans to travel and would like to visit Monet's garden outside Paris and take a bike trip through western Ireland, though he has no plans to take off anytime soon.

"I'm not a big material guy so I'd be more interested in spending the money on travel than things," he said.

Russell was one of two Lotto Max jackpot wins in B.C. last week. A $20 million Lotto Max ticket was sold in the remote Stikine region on the North Coast on Oct. 29. The winner of that draw has not yet come forward.