1 southeast B.C. wildfire held, another still out of control 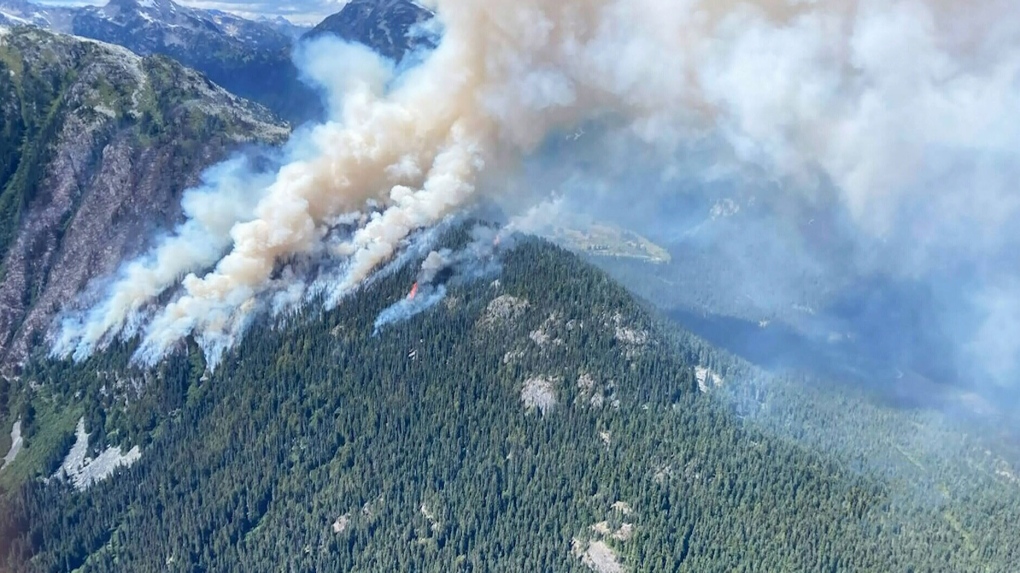 The Solomon Mountain wildfire is seen in this photo from BC Wildfire Service.

VANCOUVER -- One wildfire of note in southeastern B.C. is now being held, while another has more than quadrupled in size.

An evacuation alert for 44 properties issued Wednesday by the Regional District of Kootenay Boundary in response to the Solomon Mountain fire has been rescinded.

The BC Wildfire Service says that blaze, which is burning four kilometres north of Beaverdell, B.C., is now 17.5 hectares in size and being held. That means the fire is not likely to spread beyond specific boundaries, according to the wildfire service.

Meanwhile, a fire burning nearby in the Regional District of East Kootenay is still out of control and has grown to an estimated 3,000 hectares in size. On Wednesday night, the Doctor Creek wildfire burning 25 kilometres southwest of Canal Flats, B.C., was estimated at 400 hectares, and 10 properties in the region were placed under evacuation order.

That order remained in place Thursday as the fire grew. There were 40 firefighters working with heavy equipment and air support to battle the blaze Thursday afternoon.

Both the Solomon Mountain fire and the Doctor Creek fire are believed to have been sparked by lightning, according to the BC Wildfire Service.

Neither of the two blazes has caused the level of disruption seen near the Christie Mountain fire, which has left thousands of people under evacuation alerts or orders and destroyed one home.