Six people were injured, two of them critically, after a major collision that shut down Highway 1 in West Vancouver Wednesday.

B.C. Emergency Health Services said it dispatched six ambulances and a supervisor to the scene on Upper Levels Highway east of the Cypress Bowl exit around 11:20 a.m.

Six patients were taken to hospital, according to BCEHS. Two of them were in critical condition, two were in serious condition and two were in stable condition.

One ambulance remained at the scene as of 1 p.m.

An image posted on Reddit shows the mangled remains of two vehicles, one that appears to have rolled onto the top of the other.

Other images from the scene show a third damaged vehicle several metres up the road from the crash site. 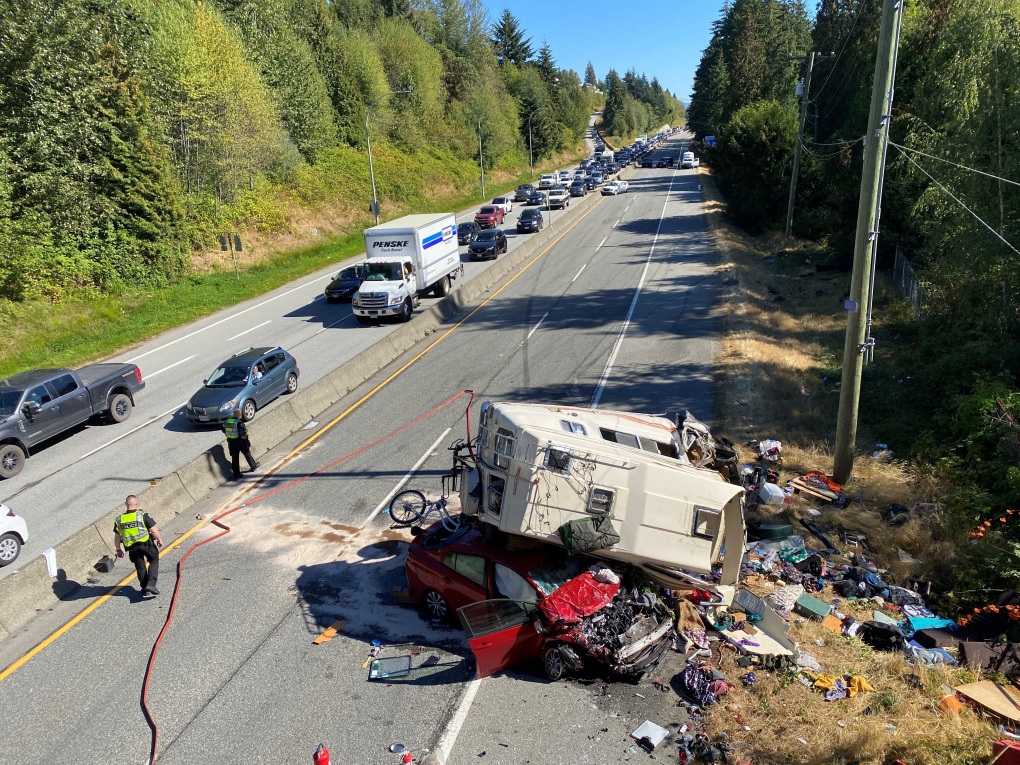 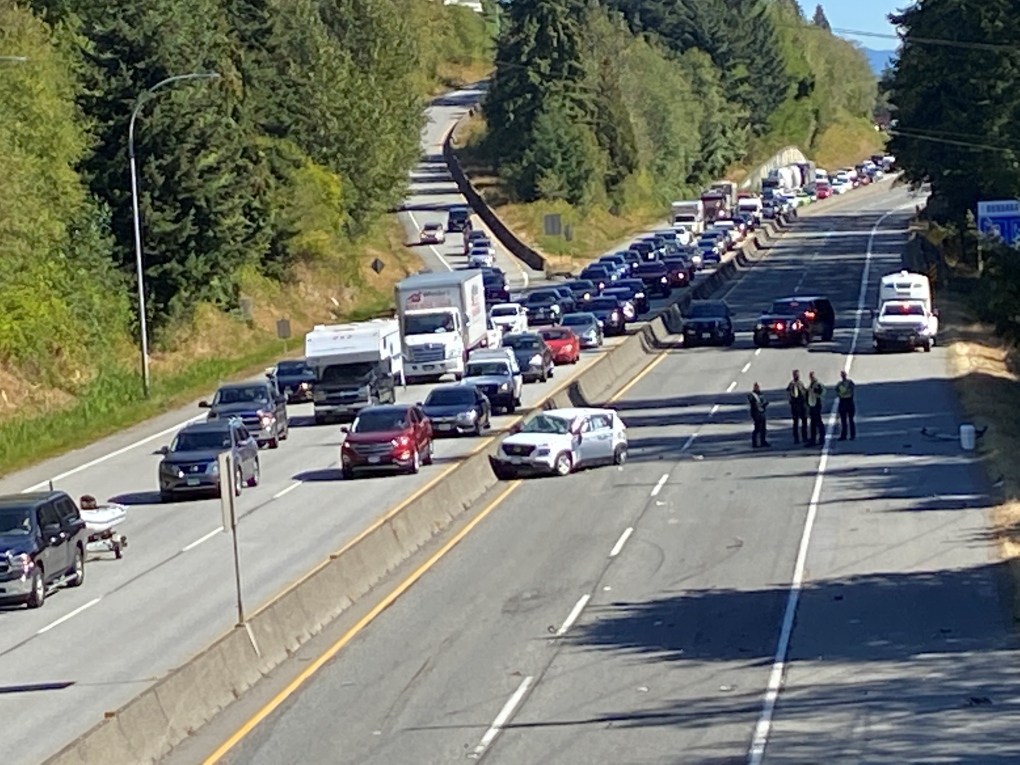 Other images from the scene show a third damaged vehicle several metres up the road from the crash site. (CTV)

The West Vancouver Police Department said in a news release that the crash occurred as a result of a motorhome travelling in the wrong direction on the highway.

"Early reports indicate that the driver of the motorhome was travelling westbound in the eastbound lanes when the vehicle caused two other vehicles to swerve before going head-on with the third and final vehicle," police said in the release.

The WVPD said five patients were taken to hospital, not six, though the department's tally of injuries includes two people in critical condition and four with "minor injuries," for a total of six individuals injured.

Twitter user Adriana Barton, a journalist and former Globe and Mail reporter, said she and her husband were on the highway at the time of the crash and narrowly avoided being hit by a van driving the wrong way.

My husband just saved both of our lives. A van was roaring full speed in the wrong lane on Hwy 1 near Taylor Way. Husband had a split-second to swerve. Car just behind us was hit—flew through the air. No time to warn them. I’m still shaking. Devastated for the people in that car. https://t.co/RV0ko9iRBw

The West Vancouver Police Department said the highway's eastbound lanes were closed and the Lower Mainland's Integrated Collision Analysis and Reconstruction Service had been called to the scene Wednesday afternoon.

Police said the highway would be closed for several hours as ICARS investigated.

According to DriveBC, a detour for eastbound traffic was available via the Westmount off ramp.

“This is a tragic incident,” said WVPD Const. Nicole Braithwaite. “We are looking for any witnesses who may have information in regard to this incident to please contact police.”