Winds fan flames of B.C. wildfire as crews race to battle the blaze 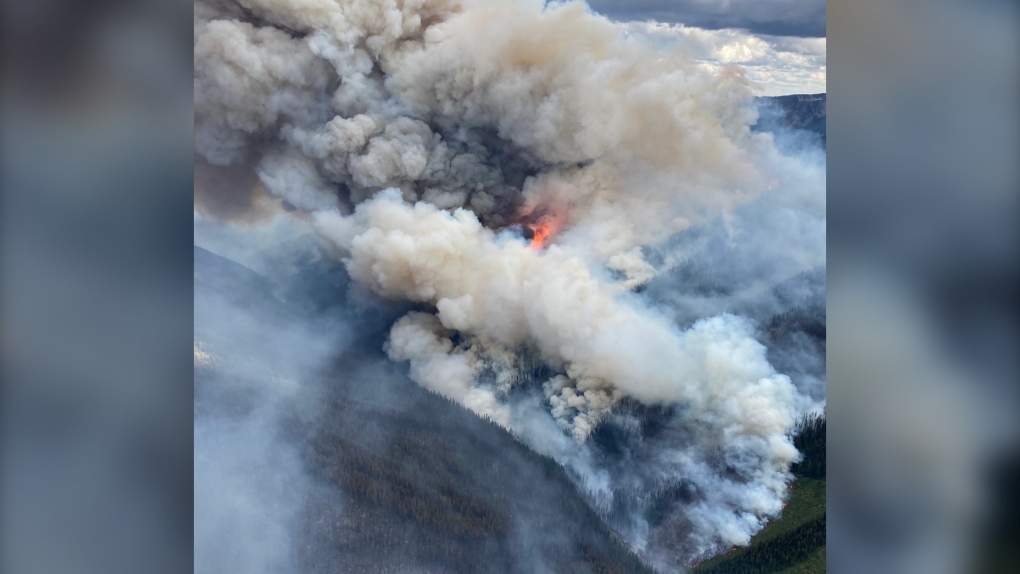 PENTICTON, B.C. -- Wind gusts fanned the flames of a wildfire near a village at the southern end of Columbia Lake in British Columbia late Saturday, increasing the size of the blaze by about four square kilometres.

The BC Wildfire Service says winds increased the size of the Doctor Creek fire to about 58 square kilometres, and the blaze is moving uphill in the west.

They say a specialized rappel crew is establishing helipads to access an area of the fire that is on steep and rocky terrain.

The service says a team of personnel, supported by aviation and heavy machines, is establishing sprinklers and helping to create a natural fuel break to prevent the fire from spreading further.

Environment Canada forecasts a few showers beginning after midnight, with Monday bringing a mix of sun, clouds and a spot of rain.

The Regional District of East Kootenay has issued an evacuation order for 10 properties in the Findlay Creek area.

This report by The Canadian Press was first published Aug. 30, 2020.