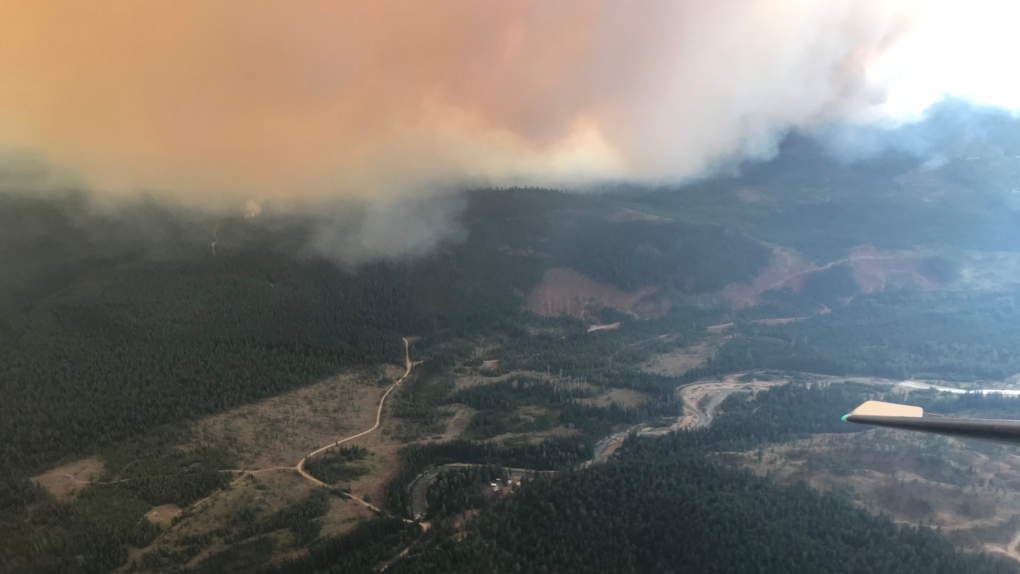 PENTICTON, B.C. -- Fire crews are battling a blaze near a village at the southern end of Columbia Lake in British Columbia had to contend with gusty winds that could fan the flames on Saturday.

The BC Wildfire Service says structure protection systems are in use near the 55-square-kilometre Doctor Creek fire as a precautionary measure.

The Regional District of East Kootenay has issued an evacuation order for 10 properties in the Findlay Creek area.

Meanwhile, a fire that is about six kilometres north of Okanagan Falls on the east side of Skaha Lake moved out of an area that was inaccessible for crews, past a retardant line and down into a ravine.

However, the service says the 21-square-kilometre Christie Mountain fire is being held and is not likely to spread beyond existing boundaries.

This report by The Canadian Press was first published Aug. 29, 2020.