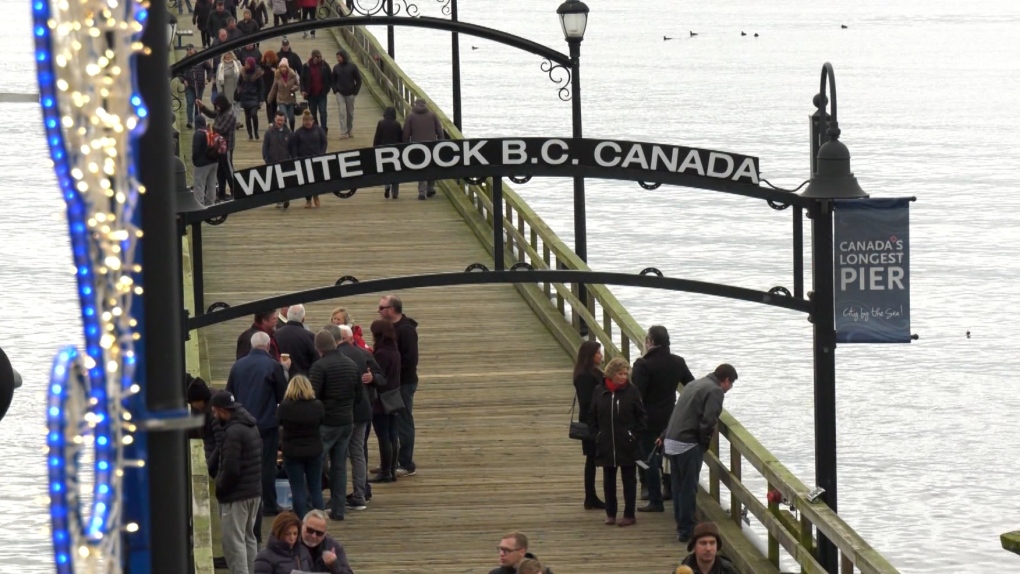 The City of White Rock honoured donors who contributed to the pier's repairs.

VANCOUVER -- Nearly a year after a windstorm ripped its iconic boardwalk apart, the City of White Rock is honouring those that helped pay for its repairs.

Officials handed out commemorative certificates Sunday to everyone who bought new planks for the pier, which was split in two during a violent storm last December.

A local organization called Friends of the Pier sold planks for $1,000 each, with proceeds going to rebuilding efforts. Those planks also bear the donor's name, loved one's name or company name.

"We've been walking this pier for 30 years," said Susan Deaton, who bought a plank along with her husband Warren. "It has special meaning to us, so we wanted to jump in and support the community."

"The damage that was done here almost a year ago … was nothing (like) I've ever seen," Walker said. "Yet the people of this community very, very quickly told us, the council, we have to have that pier rebuilt."

The pier officially reopened in August with $4.3 million in upgrades to one section that will help the pier withstand severe storms and earthquakes.

However the city wants to eventually rebuild the entire pier, which will cost another $11 million and require more fundraising.

"The pier itself, you can't really put a cost on it," Walker said. "It's like any piece of history … the pier is part of who we are. It's one of the gems in our crown and there was no doubt it would have to be redone.

Planks are still being sold through Friends of the Pier.