Weather warnings: 20-40 cm of snow in the forecast for parts of B.C. 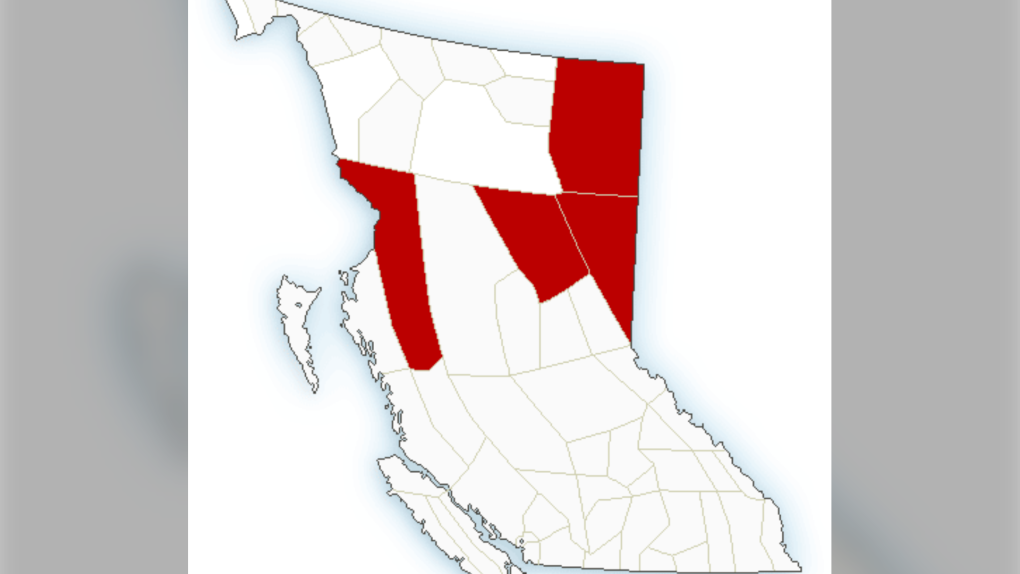 A map from Environment Canada shows the locations of weather warnings on Friday morning, Nov. 8, 2019.

VANCOUVER - Residents in some parts of the province could see snow up to their knees as a storm blows through northern B.C.

One area, along Highway 97's Pine Pass, could see as much as 40 centimetres of snow by the time the storm passes, the weather agency says.

The snow is expected to start Friday afternoon, with the heaviest precipitation expected Friday night and Saturday.

Strong winds may reduce visibility before the snow tapers to flurries Saturday night, the warning for Williston says.

Drivers are warned that travel may be difficult at times, and that they should be prepared for conditions to quickly deteriorate.

Winter storm and snowfall warnings are also in effect for Fort Nelson and the surrounding area, where forecasters expect a total snowfall amount of 20 to 30 centimetres in southern sections including Sikanni Chief.

South Peace River is expected to see the most snow, including in Chetwynd and Dawson Creek. However, some sections further south will see significantly less snowfall.

Across the province, inland sections of the North Coast region fall under a rainfall warning prompted by a slow-moving Pacific frontal system.

Rain is expected to become heavy Friday morning and to last into Saturday. Total amounts within 48 hours are estimated at between 70 and 100 milimetres.

To get Environment Canada weather warnings and alerts sent straight to your phone, download CTV Vancouver's free Weather Watch app. Check out this page for more information, including how to download. Send photos through the app and we might use them on air and on Instagram.