Part of a B.C. highway already known for being dangerous was destroyed when a severe storm passed over the southern half of the province this week.

The Coquihalla Highway, known for being treacherous at the best of times, will likely be closed for weeks after days of relentless rain brought debris crashing down onto its surface. 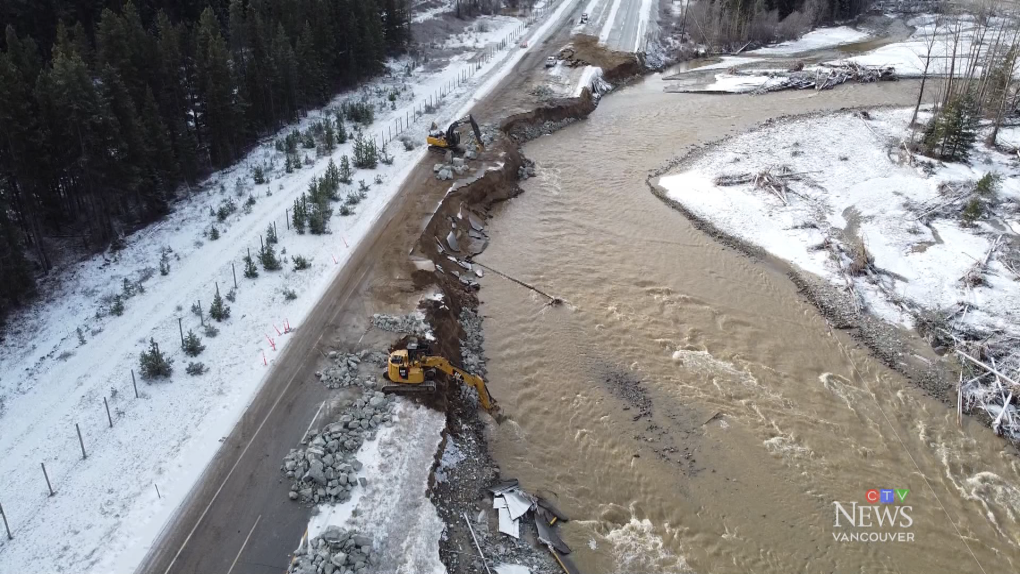 In one spot, an elevated portion of Highway 5 is completely gone. In another, all but one lane or two lanes of the path has been swallowed by the river. The edge of what remains is crumbled.

The highway featured on the popular Discovery Channel show Highway Thru Hell is a major route into and out of B.C., and its closure between Hope and Merritt may have a lasting impact on the province's economy, according to some experts.

Elsewhere in B.C., a section of Highway 99 was buried in mud during the storm. At least one person died in the slide between Pemberton and Lillooet, and the premier said Wednesday that more fatalities are expected to be confirmed.

It's believed that some vehicles were swept away in the slide. So far three people have been reported missing.

The video above, captured by CTV News from the air, shows the devastation left behind on the Coquihalla and Highway 99.