VANCOUVER -- A small private university in downtown Vancouver is closing its campus for three days after learning a student may have been exposed to COVID-19.

University Canada West announced Thursday that two students both been placed in isolation and that the campus on Pender Street is being shut down through the weekend as a precautionary measure.

The university said it has identified one student as a "presumptive case of COVID-19," though it's unclear whether health officials have been involved with testing for the virus.

"That student has been visited by their father who has positively been tested for COVID-19 upon visiting from overseas," the university said in a news release Thursday.

The second student in isolation is roommates with the first one, according to the school.

University Canada West said it will be performing a "full disinfection" of all facilities before reopening on Monday. Students and staff who may have had contact with the students have also been informed. 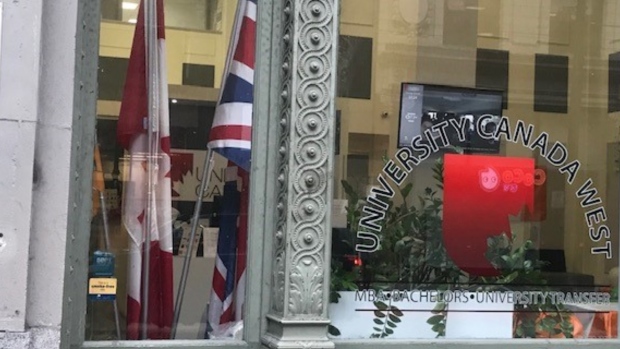