U.S. expands coronavirus border refusals to include Canadians who have recently traveled to Iran 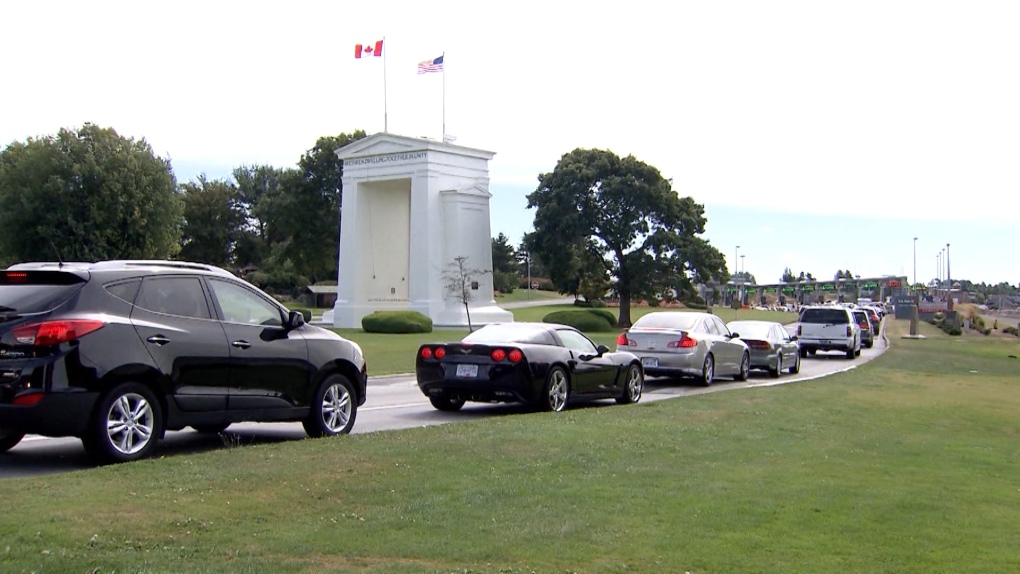 A line of vehicles travelling to the United States at the Peace Arch border crossing is seen in this file photo.

VANCOUVER -- The United States has expanded the list of countries from which it is temporarily barring visitors amid the coronavirus outbreak to include travellers who have recently been in Iran.

The ban affects foreign nationals – including Canadians and those coming from Canada – who have returned from Iran within 14 days of trying to enter the U.S.

"With exceptions specified in the (presidential) proclamations, foreign nationals (other than immediate family of U.S. citizens, permanent residents, and flight crew) who have been physically present in China or Iran within 14 days of their arrival at a U.S. port of entry will be denied entry into the United States," U.S. Customs and Border Protection (CBP) confirmed to CTV News Vancouver in an email on Wednesday.

In January, the U.S. announced similar measures at the border for most foreign travellers who had been to China and wanted to enter the U.S. Those restrictions are still in place.

People who have been to China or Iran "require enhanced health screening" from the U.S. Centers for Disease Control, and will be referred for enhanced screening when they arrive at a port of entry, according to CBP. Blaine, Wash., is one of three U.S. land border crossings with enhanced CDC screening.

It’s unclear how many Canadians the expanded U.S. refusal parameters could affect.

Right now, travellers from Iran returning to Canada are being told to declare themselves to Canadian public health officials and enter a 14-day self-quarantine upon their return due to the virus known as COVID-19, which has already claimed dozens of lives in Iran.

While the U.S. is turning away some visitors from Iran and China, Canada Border Services Agency’s screening at land crossings includes additional questioning about where travellers have been, and distributing information about the virus, including contacts for health officials in Canada in case visitors begin to show symptoms.

“While there are no additional measures in place at other ports of entry, standard operating procedures with respect to screening travellers for infectious diseases still apply at all ports of entry. Travellers arriving in Canada are required to report to a CBSA border services officer if they are ill or may have been exposed to an illness,” Canada Border Services Agency said in an email Wednesday.

The CBSA says it is working closely with the the Public Health Agency of Canada (PHAC) on screening measures, which in Canada have so far focused on people arriving in Canada who have been in China's Hubei province or in Iran.

Blaine-based immigration lawyer Len Saunders says the effects of coronavirus and the deadly outbreak in Washington state are being felt at the border, where he says it’s been “eerily quiet."

“I think a lot of Canadians are avoiding the border going south,” Saunders said, noting that a state of emergency remains in effect in Washington. “Going forward, it’s anyone’s guess what may happen at the local ports.”

The COVID-19 outbreak in Washington has so far led to 10 deaths, and hundreds of others in the state are now being monitored for the disease.