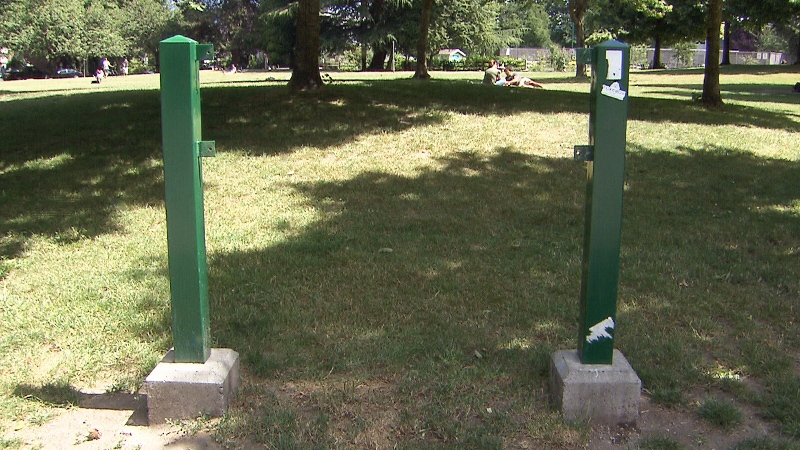 All that remained of the Dude Chilling Park sign on Monday, July 2 was the signposts.

The Dude Chilling Park sign has been stolen from Vancouver's Mount Pleasant neighbourhood yet again.

Only the signposts and hinges remained Monday at the scene of the crime on Brunswick Street and 7th Avenue.

The public art installation was also stolen back in August 2014, and was vandalized earlier that month.

The Vancouver Park Board says a new sign is expected to be put up in the park by the end of the week.