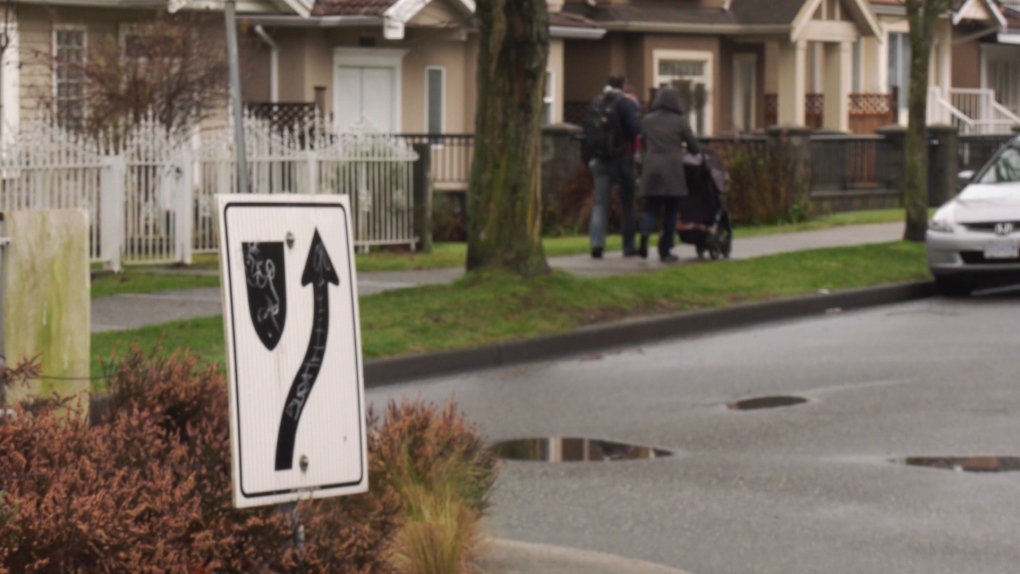 A 51-year-old man was hit by a car in East Vancouver on Nov. 29, but police have made little headway in identifying the vehicle or driver. (CTV)

VANCOUVER -- Police are asking for any dash cam video or witnesses to a hit-and-run that left a 51-year-old Vancouver man with serious head injuries.

The man was hit on Nov. 29 at around 7 p.m. at Kaslo and Franklin Street, but police have made little headway on identifying either the vehicle or the driver, said Cst. Tania Visintin, a media liaison officer with the Vancouver Police Department.

“The driver of that vehicle took off without stopping,” she said during a press conference today. “Police … found the victim laying in the middle of the road, screaming in pain.”

The man has a serious head injury, including bleeding inside his brain, and is still in hospital, Visintin said.

Police are looking for dash cam video from anyone who may have been traveling on Kaslo or Renfrew between McGill and Hastings, or on Hastings between Kaslo or Renfrew, between 7 and 7:15 p.m. on November 29.

Anyone who has information or video can get in touch with the VPD’s Collision Investigation Unit at 604-717-9360.