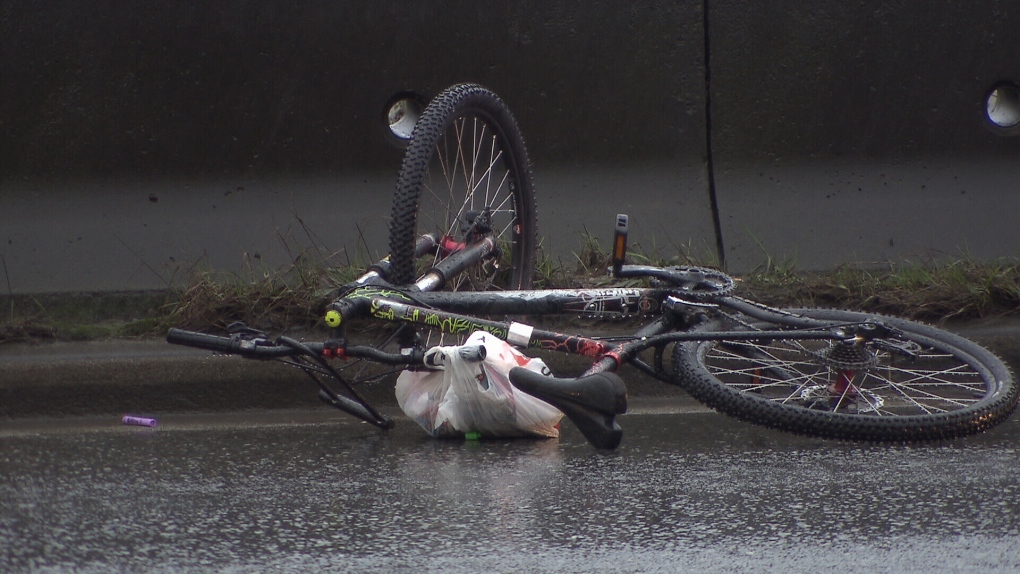 A cyclist that suffered critical injuries after being hit by a semi-truck on Friday has died, police confirmed. Feb. 6, 2015. (CTV News).

A cyclist that suffered critical injuries after being hit by a semi-truck on Friday has died, police confirmed.

Officers responded to an accident at 3:25 p.m. in the area of Brunette Avenue and Sherbrooke Street in New Westminster. A male cyclist from Vancouver had been hit by a semi-truck, and was rushed to hospital with serious injuries.

He succumbed to his injuries shortly after, police say.

“It is with great sorrow for us to confirm that the cyclist has passed away,” stated Sgt. Jeff Scott. “We have spoken with his family who live in another province, and have offered local resources for their care, which includes victim assistance.”

An investigation is ongoing, and anyone who may have witnessed the accident is asked to call Constable Heath at 604-525-5411.