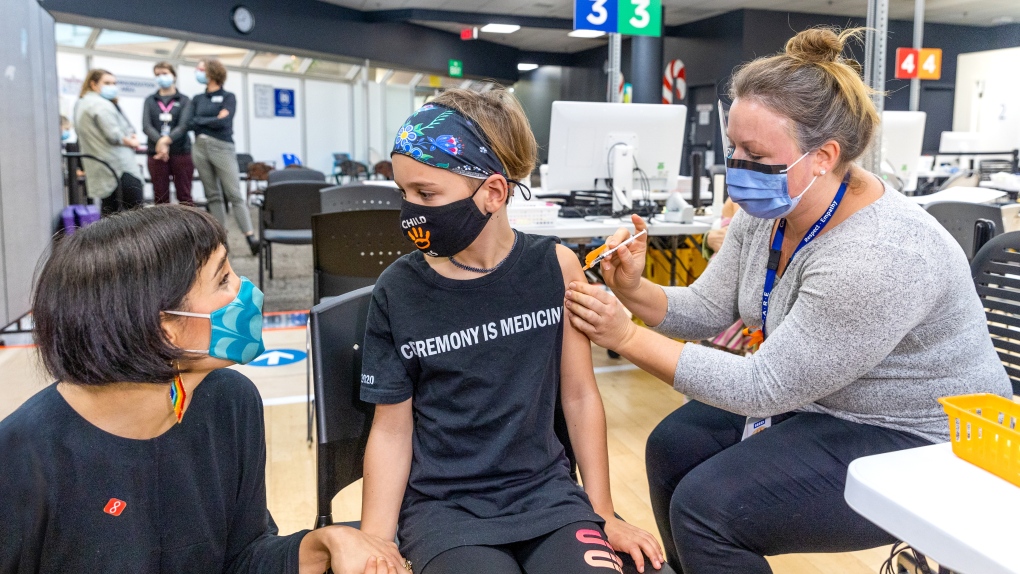 A study co-authored by British Columbia's top doctor says at least 70 to 80 per cent of children and youth in Greater Vancouver and the Fraser Valley have been infected with COVID-19.

The study, which lists Dr. Bonnie Henry among 13 authors, says that in contrast, 60 to 70 per cent of adults aged 20 to 59 and about 40 per cent of those aged 60 and over have been infected.

The preprint study, which has not been peer-reviewed, was published online on Sept. 9 and says a series of surveillance reports of infections were understating the actual levels of infection by 92 times.

It says the overall rate of infection rose from below 15 per cent to about 60 per cent between October last year and this August, as the highly infectious Omicron variant took hold.

The study is based on 14,000 anonymized blood samples obtained since March 2020 from a network of outpatient laboratories.

The authors say the levels of infection, combined with vaccination, have resulted in more robust hybrid immunity, but critics say the findings show concerns about the lack of masking and other measures in schools were warranted.

This report by The Canadian Press was first published Sept. 13, 2022.