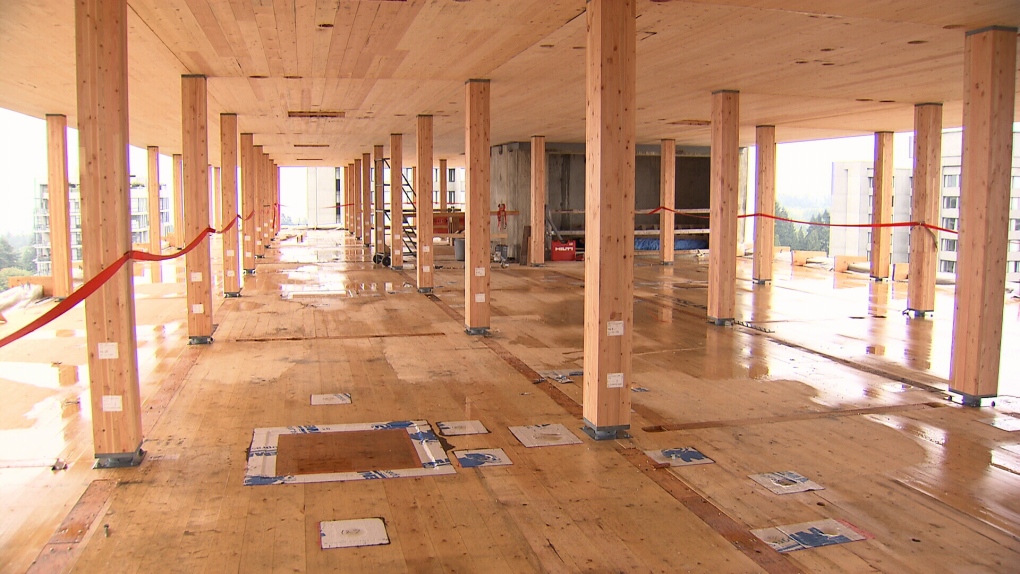 At 18 storeys, this UBC residence is the tallest wooden building in the world.

The University of British Columbia has just completed an architectural feat.

The final wood panel was installed on Tuesday on the world's tallest timber building, an 18-storey tower that will eventually become student housing.

"It was courageous of them and really groundbreaking," said Paul Fast, founder of Fast+Epp Structural Engineering.

The building, which will end up costing more than $50 million, is part of UBC's strategy to alleviate on-campus housing demands.

It is expected to be finished by the spring.