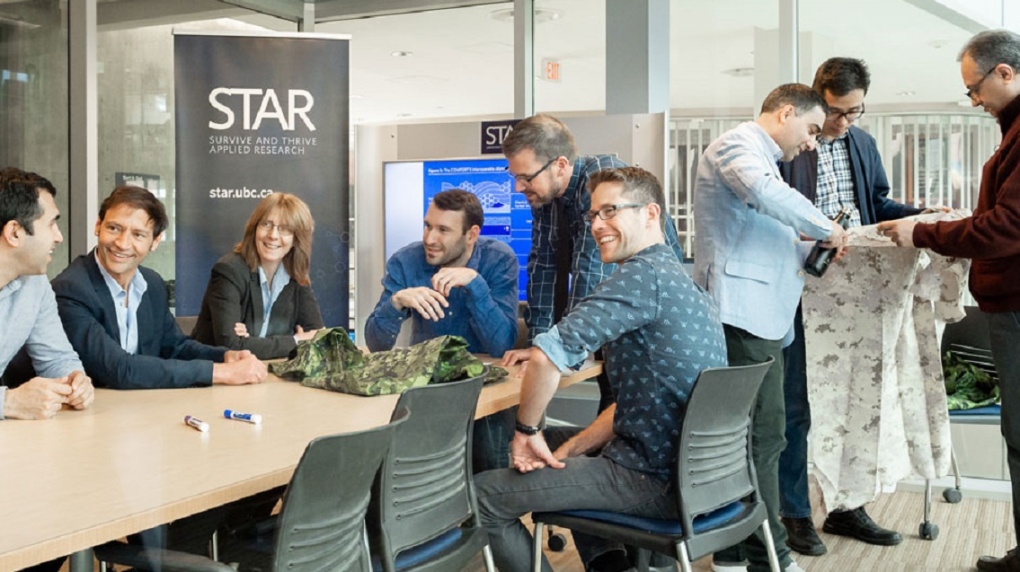 The University of British Columbia's Okanagan campus is part of a three year project to create high-performance gear for soldiers and first responders, as seen in this photo provided by UBC.

VANCOUVER - Researchers at the University of British Columbia are testing out new textile technologies to create lighter and more comfortable protective gear.

The university's Okanagan campus was awarded $1.5 million to develop the high-performance body armour, intended for the Canadian Armed Forces.

The funding was provided by the Department of National Defence, as part of their security program. The technology will be unlike other bulletproof gear, which is often heavy and weighs down the soldier.

The multi-layer clothing will offer protection against various threats, as well as keep soldiers comfortable during their missions.

"Layers are great for regulating body heat, protecting us from inclement weather and helping us to survive in extreme conditions," said Keith Culver, director of UBC’s Survive and Thrive Applied Research (STAR) initiative, in a news release.

The STAR initiative supports the network of researchers involved in this project.

"The idea is to design and integrate some of the most advanced fabrics and materials into garments that are comfortable, practical and can even stop a bullet," said Culver.

In order to offer protection, the clothing will have a water, dust and gas repellant outer layer and will also be equipped with comfort sensors, to monitor the wearer's response to extreme conditions.

"Although the basic idea seems simple, binding all these different materials and technologies together into a smart armour solution that is durable, reliable and comfortable is incredibly complex," Kevin Golovin, assistant professor of mechanical engineering at UBC Okanagan, said in a news release.

"The safety and security threats faced by our military are ever-changing," said Culver.

"Almost every year we’re seeing natural disasters, forest fires and floods that put not just ordinary Canadians at risk but also the personnel that respond directly to those threats. Our goal is to better protect those who put their lives on the line to protect the rest of us."

While the wearable technology is intended for military purposes, UBC researchers say it extends far beyond that.

"I imagine everyone from first responders to soldiers to extreme athletes being impacted by this kind of innovation in protective clothing," said Culver.

The research will be divided into eight projects over the next three years.