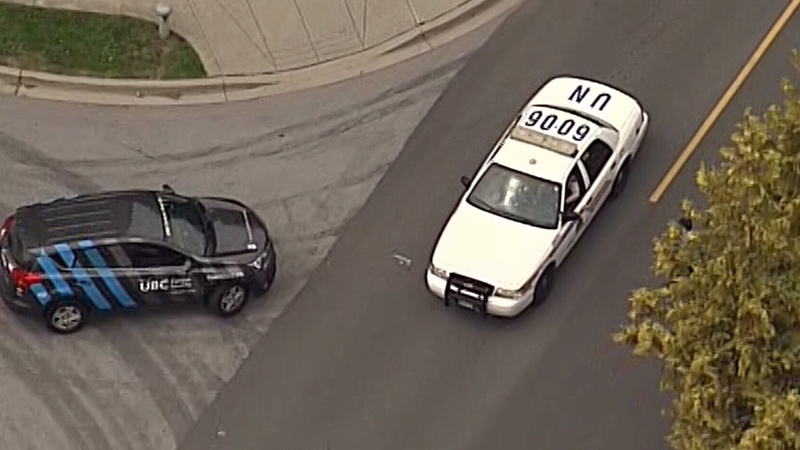 An RCMP cruiser and a UBC security vehicle are seen from CTV Vancouver's Chopper 9 over the UBC campus on Thursday, June 28, 2018.

Mounties say they were called to the University of British Columbia's Vancouver campus following a "non-specific threat."

A building was evacuated for a short time Thursday morning out of an abundance of caution, the RCMP said in a statement.

A university spokesperson told CTV News the building contains university services offices and a daycare. Both staff and children were asked to leave as officers searched the building.

Access to a second building, Buchanan Tower, was also blocked, but people were allowed to re-enter both buildings in the afternoon.

During the investigation, roads were closed as police and campus security combed the campus for evidence.

Cruisers and UBC security vehicles could still be seen patrolling the area shortly after 2 p.m. The building was searched, and police dogs remained at the scene through the afternoon, searching the building and other areas in an attempt to gather further information.

But police said they have thus far been unable to substantiate the threat.

They thanked students and residents of the area for their patience during the evacuation, and asked for their continued co-operation.