A travel warning has been issued as the wildfires tearing though parts of B.C.'s Interior are expected to get worse through the weekend.

Emergency Management BC urged travellers to stay away from the communities of Armstrong and Spallumcheen, as well as the Okanagan Indian Band, Enderby and parts of the Regional District North Okanagan.

The area is outlined in a map below.

The warning will be in place "until further notice," officials wrote.

Significant winds in the forecast for the affected areas may increase fire activity, according to Emergency Management BC and Public Safety Minister Mike Farnworth, who said the next 72 hours would be a critical time in the fight.

More evacuation orders and alerts are expected, as multiple fires threaten the properties of thousands of people.

Many of these people require accommodations that would normally be used by tourists.

"We're taking this proactive step because the safety of people and communities is paramount. We want to ensure the people of these communities can evacuate if necessary," Farnworth said, mentioning the warning to tourists is also meant to help firefighters' efforts on the ground.

"While we are acting out of an abundance of caution, this situation is very serious and could get worse quickly. If you were planning to travel to the area, now is not the time to do so."

Areas not currently under evacuation order or alert still may not be ideal. Interior Health has advised against travel to and from the Central Okanagan due to ash and smoke.

Parts of B.C.'s Interior are also dealing with COVID-19 outbreaks, which have prompted health officials to discourage non-essential travel.

Residents of those areas are not being asked to leave at this time, but are told to watch for possible evacuation alerts or orders. 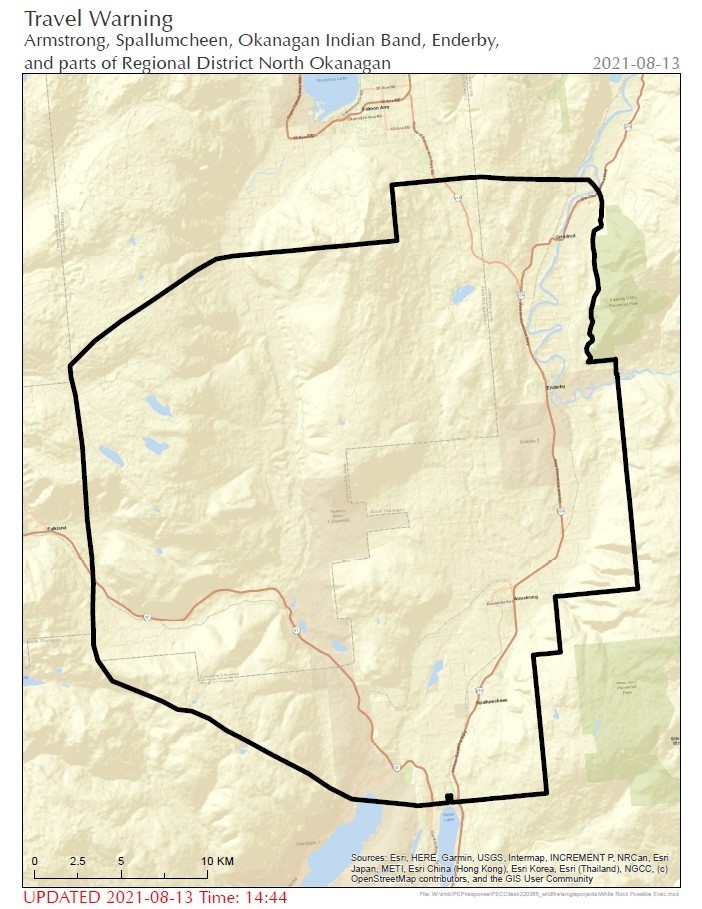 A map from the B.C. government shows areas the public is asked to avoid over the weekend.