'They wanted it to be real': Main character in new Netflix animated series brought to life by B.C. girl

'They wanted it to be real': Main character in new Netflix animated series brought to life by B.C. girl 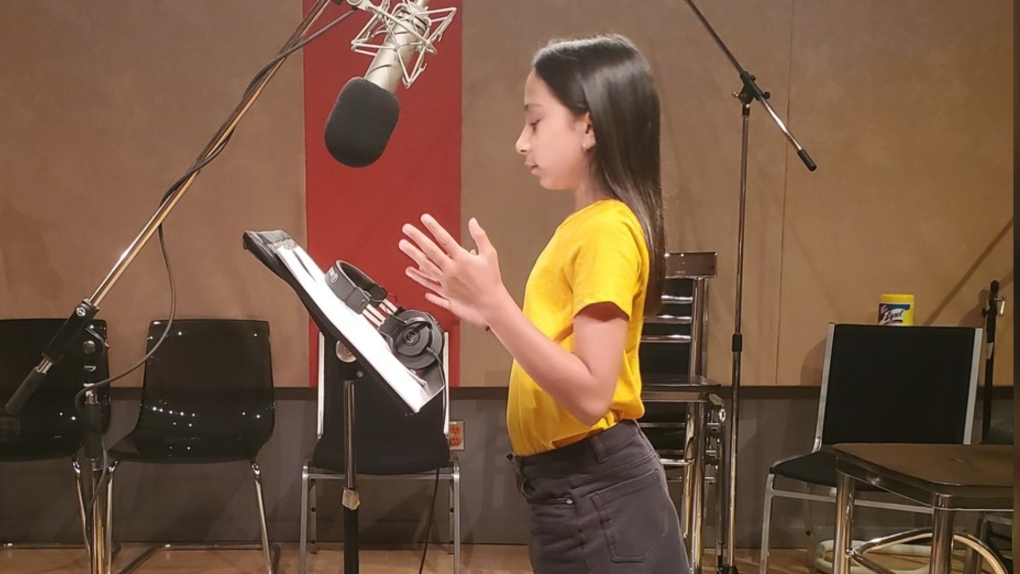 Pavan Bharaj is making her voice acting debut as the lead in a new Netflix animated series "Deepa and Anoop" which premiers on Aug. 15, 2022. (Photo submitted by the Bharaj family.)

A B.C. girl is making her voice acting debut in a new animated Netflix series, saying she's excited that they chose her to bring the spunky, South Asian lead to life.

Pavan Bharaj, from Burnaby, says she decided to audition for "Deepa and Anoop' two years ago when she was 10, despite never having acted before.

"I never really thought about being an actor or voice actor until this opportunity came up. And my mom showed it to me and she's like, 'Hey, do you think that you would want to do this?' And I said, 'yes,' because it seemed like something new and creative and something that might be fun," she tells CTV News.

"It's really nice because usually they get an adult. But for this they wanted a kid because they wanted it to be real, they wanted a real child to portray the character," Bharaj says.

"She's very energetic and optimistic and is always going on adventures and having fun."

The series debuts Monday and is a production of Mattel, Inc. – marking the toy company's first foray into original programming. The company described the series in a media release last month.

"The dynamic duo, self-appointed 'concierges of fun,' makes everything bigger, grander and more wonderful for guests at Mango Manor, the bed and breakfast run by Deepa’s multigenerational family," it reads.

"With a Bollywood number in every episode, Deepa creates music, merriment and mischief while working with the rambunctious Anoop to solve the simplest of problems with the most imaginative of solutions." 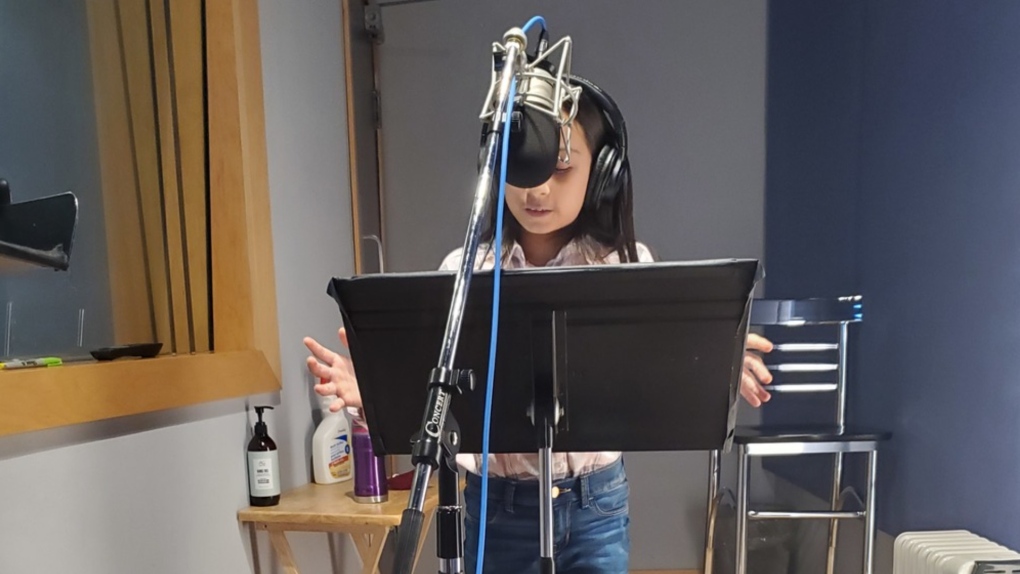 Pavan Bharaj is seen in the studio recording the voice of the lead character in a new Netflix animated series.

The characters of Deepa's father, mother and grandmother are also voiced by actors of Indian descent.

Bharaj says she really appreciates that the company made this decision, although given that the series was produced during the pandemic she didn’t get the chance to meet her co-stars in person.

"I think it's really great that they decided to choose and find a person of colour to do this project because it's all about a South Asian family. So it's really nice that they were able to get a lot of South Asian people in the cast," she said.

For Bharaj's mother, the chance for her daughter and other South Asian children to see themselves, their families and their culture reflected in the series is exciting – and it's something she says she never had growing up.

"I don't think we're going to have a big party because it is a Monday and not many people are free," Bharaj said.

"So maybe a small party."

With a death toll nearing three dozen, rescuers searched on Saturday for survivors among the Florida homes ruined by Hurricane Ian, while authorities in South Carolina began assessing damage from the powerful storm's strike there as stunned residents began the painstaking task of surveying their losses.