The Green Men's 'Sully' reveals man behind the spandex 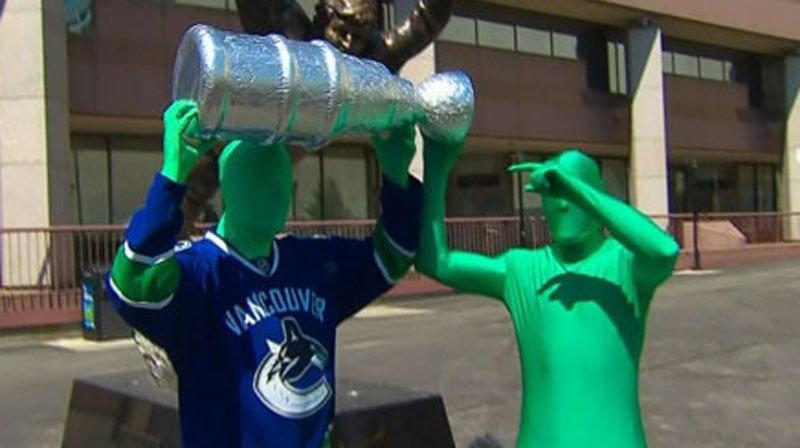 If you’ve ever wondered about the men behind the spandex green suits that cling revealingly to the bodies of handstand-popping Vancouver Canucks super-fans the Green Men, you’re in luck.

Ryan “Sully” Sullivan -- half of the entertaining, and sometimes enraging, duo -- has released a memoir revealing his story of how a hockey fan turned into a “hockey legend” overnight.

The book, “Behind the Green,” tells the tale of Sullivan’s journey from his first hockey game, all the way to the infamous Stanley Cup riot.

The pair was inducted into ESPN’s Fan Hall of Fame in September, after garnering attention all over North America for their antics at Canucks games.

The Green Men went viral after a YouTube video of Sullivan doing a handstand topped one million views. The attention lead to a Nike sponsorship, invitations to meet the prime minister and heated battles with Don Cherry, who wrote the forward to Sullivan’s book.

The Green Men will be dropping the puck Friday night at the Pacific Coliseum as the Vancouver Giants host the Swift Current Broncos.