Teen was drinking, playing chicken with train on night he was struck and killed: report 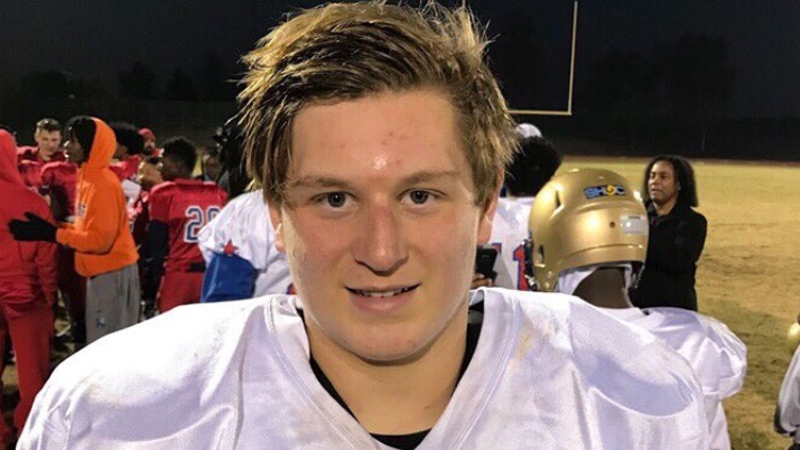 Jack Stroud is shown in an undated photo.

VANCOUVER -- Coroners have determined alcohol played a "significant" role in the tragic death of Jack Stroud, a Surrey teenager who was killed playing chicken with an oncoming train two years ago.

Stroud was hanging out with friends at Crescent Beach on the night of July 4, 2018 when he was struck by an Amtrak Cascades passenger train that was passing through at about 50 km/h.

A coroner's investigation determined the Elgin Park Secondary School student was "intentionally engaged in a dangerous confrontational game" that involved staring down the train and jumping away at the last moment.

"Video footage from the train engine confirmed that Jack was standing in the middle of the train tracks," reads a coroner's report into his death.

"The train sounded the horn multiple times and applied the emergency brakes. As the train approached, Jack continued to stand in the middle of the tracks and failed to heed the warnings of both the train and his friends."

Coroners determined one of Stroud's friends tried to move him at the last moment, but couldn't, and barely managed to jump away before being hit. Stroud "was seen to immediately attempt to follow behind his friend," but it was too late.

A post-mortem toxicology test confirmed the teenager was intoxicated, with a blood alcohol concentration of 0.09 per cent, but no drugs or prescription medication were found in his system.

A review of medical records turned up no sign of suicide attempts or suicidal thoughts, according to the coroner.

After Stroud's death, friends told CTV News he was a rugby player who "brought joy to (the) hearts" of everyone he came into contact with.

Dozens of people have died on the railroad tracks in White Rock, according to the city, including a woman who was jogging in 2013 and didn't hear the train.