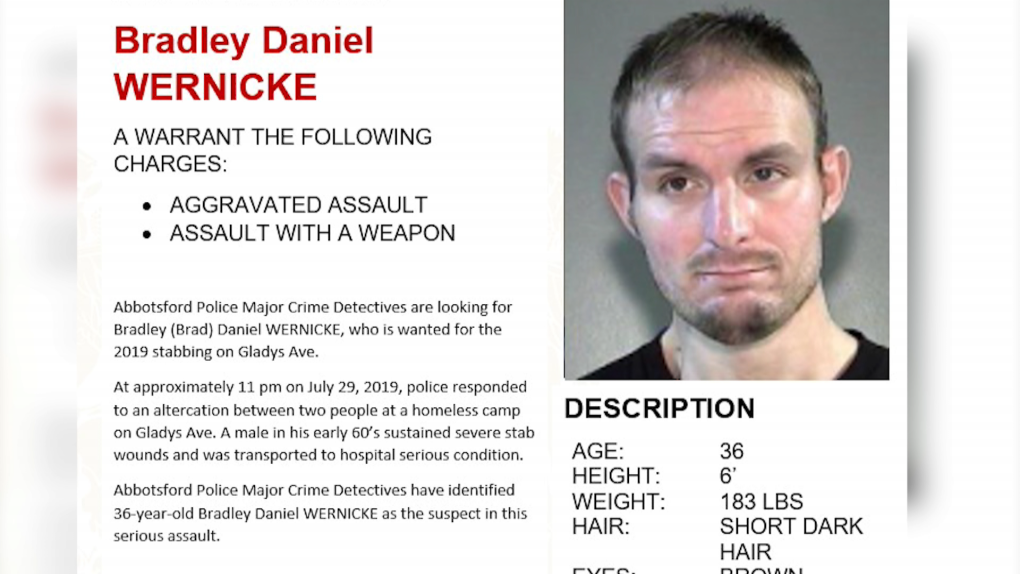 Bradley Daniel Wernicke, who goes by Brad Wernicke, is shown in a 'Wanted' poster.

VANCOUVER -- A man wanted in connection with a stabbing at a homeless camp in B.C.'s Lower Mainland has been located and arrested more than a year later.

Police in Abbotsford say Bradley Daniel Wernicke, who goes by Brad, was taken into custody Wednesday evening on outstanding warrants.

Wernicke has been charged with aggravated assault and assault with a weapon. He is alleged to have been involved in an altercation between two people at a homeless camp on Gladys Avenue in July 2019.

Police were called to the camp at 11 p.m. on July 29, and said they found a man in his 60s suffering "severe stab wounds."

A suspect was identified, and 36-year-old Wernicke was arrested more than a year later.

Police said previously they believed the victim and suspect knew each other.