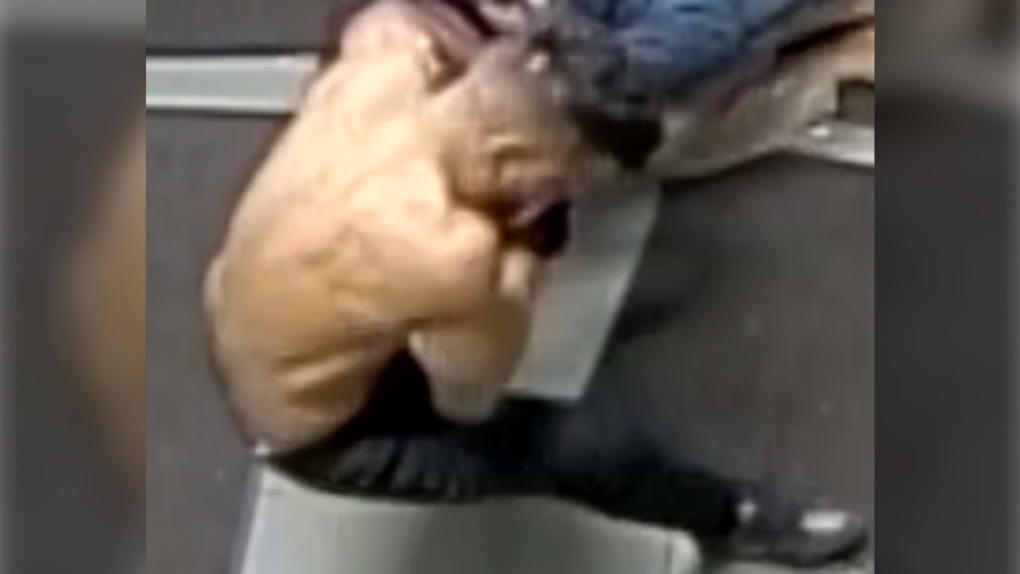 Mounties said the suspect is accused of robbing someone at an ATM in Surrey on Jan. 26. (RCMP handout)

VANCOUVER -- Surrey RCMP have released surveillance photos of a robbery suspect in hopes someone can identify him.

Police said the suspect allegedly assaulted and robbed a man who had just withdrawn money from an ATM on 72 Avenue near King George Boulevard around 5:20 p.m. on Jan. 26.

The suspect is described as a South Asian man with a trimmed beard and muscular build. A large tattoo is visible on his left shoulder in one of the images. He's about 35 years old and was wearing a blue and white jacket.

In one of the pictures released by police, the suspect is fully clothed. But in the other two images, the man is shirtless.

"The jacket was removed during the incident. It is not known why it was removed," Const. Richard Wright said in an emailed statement.