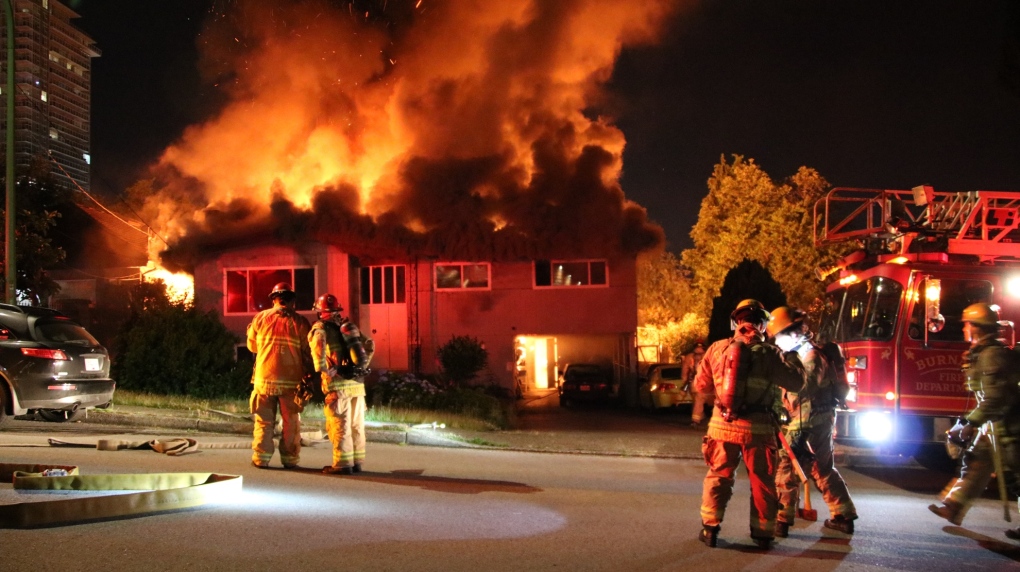 VANCOUVER -- A family is safe and consulting with its insurance provider after a second alarm fire severely damaged their Burnaby home, says fire chief Derek Masaro.

Fire crews responded to the incident on Lyndhurst Street just after 2:30 a.m. on Sunday morning.

Upon their arrival, the two-storey house was up in flames.

“The fire was fully involved … no one was allowed to enter the building until the fire was completely knocked down,” Masaro said.

"It was a surround and drown fire,” he said.

Crews knocked down the fire by 8 a.m. Two firefighters sustained very minor injuries, and the five occupants were uninjured.

Their dog also made it out of the house safely, but Masaro said that as of Sunday morning their cat had not yet been accounted for.

“They weren’t sure if he was inside or out (when the fire broke out).”

Masaro said he wasn’t sure of the cause of the fire, but that the main damage was to the back of the house.