Splashdown to be re-opened as Big Splash Waterpark 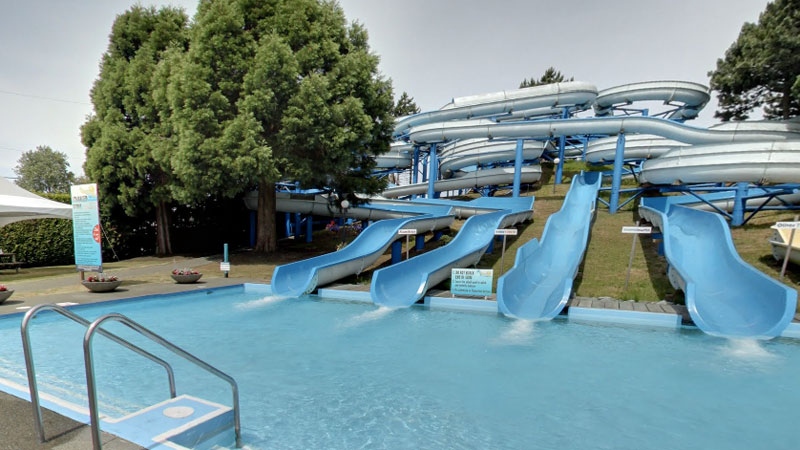 Slides are shown in a Facebook photo posted by Splashdown Park.

The taps are being turned back on at Splashdown Water Park in Tsawwassen.

A Vancouver-based hotel chain is renovating and re-opening the popular waterpark this summer because of "popular demand."

The newly renovated park will be re-named The Big Splash Waterpark, and renovations are already underway, according to Executive Hotels & Resorts.

The hotel chain says it's signed a 99-year lease on the 20-acre property, and it plans to develop a hotel adjacent to the park as well that will open in 2019.

“We have established an exciting mixed use commercial/residential development plan, which includes a complete refurbishment of the waterpark, which is already underway, plus a new Executive Hotel," Joe Ennis, director of services at Executive, said in a statement.

"We will be open for business this summer and look forward to welcoming back all of the waterpark’s loyal guests, as well as thousands of new guests to experience the rejuvenated Big Splash waterpark experience,” Ennis said in a release.

The Big Splash Waterpark is also planning new slide installations for the 2018 season.

An exact official opening date for the new waterpark has not been released.