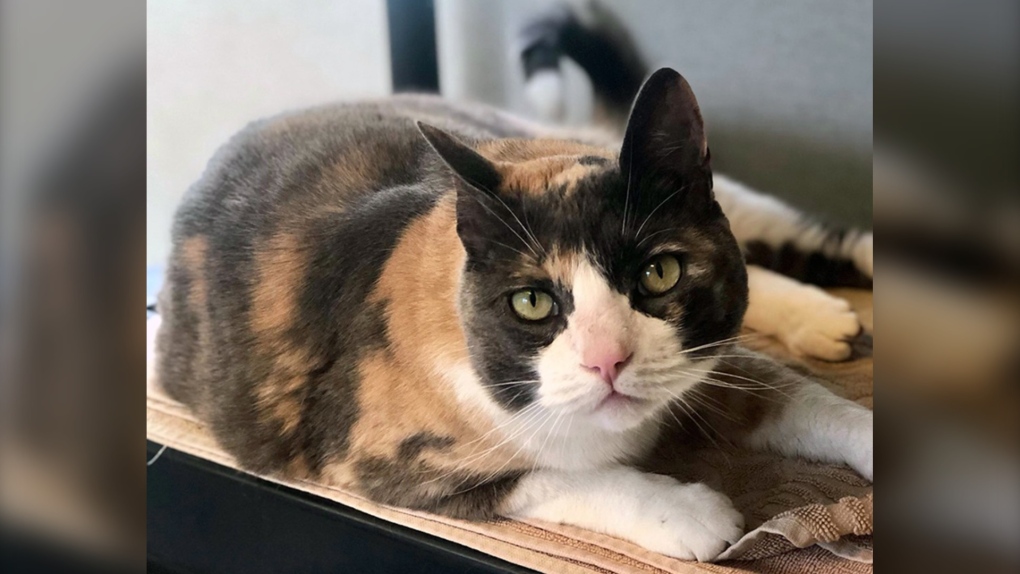 Adopted cat Biscuit is seen in this image from the BC SPCA's website.

The organization announced last month that from July 27 to Aug. 2, adoptions for all adult cats would be 50 per cent off at all of the SPCA's 36 locations in an effort to clear shelters.

In an update on Tuesday, the organization called the event "a purrfect success," saying a total of 138 adult cats and 185 kittens found forever homes.

The success stories include Biscuit, a muted calico that came to the SPCA's Sea to Sky Branch at five years old after her owner was hospitalized and couldn't care for her.

"Congratulations to Biscuit, her new guardian and all the other felines who were adopted last week!" the organization said.

The adoption initiative is held annually in partnership with Hill's Pet Nutrition, which supplies the SPCA with dog and cat food.

"We're thrilled to support these adult cats who deserve to find their forever family," said Hill's general manager Jenn Porter, when this year's event was announced.

The BC SPCA rehomes thousands of homeless, injured and abused cats every year.