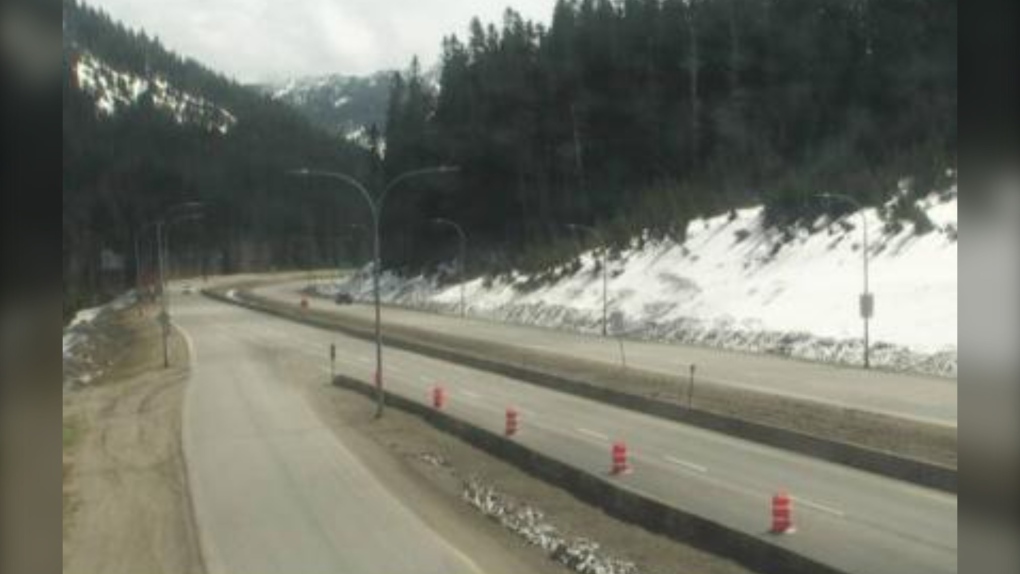 Even though it's halfway through spring, drivers travelling between B.C.'s Lower Mainland and the Interior were advised Friday to watch for snow on their route.

Environment Canada issued a special weather statement saying there was a possibility of flurries over higher-elevation mountain passes, like on the Coquihalla Highway between Hope to Kamloops.

The advisory also included Highway 3 from Hope to Princeton via Allison Pass and from Paulson Summit to Kootenay Pass. Those flurries could start late Friday afternoon and last through Saturday evening, the advisory said.

"Snow levels will remain at or below mountain pass levels in southern B.C. through the weekend," Environment Canada's notice said.

"A disturbance approaching the South Coast will cross into the southern Interior tonight and exit the region late Saturday. Snowfall accumulations are expected but will vary depending on location."

In Metro Vancouver, moderate temperatures will keep the precipitation as rain, Environment Canada's forecast predicts. Friday though Sunday, highs are expected to stay steady at 11 C, with lows not dipping below 5 C.

There's a 30 per cent chance of showers most of Friday and Saturday, but that'll increase to 40 per cent Saturday night through Sunday.