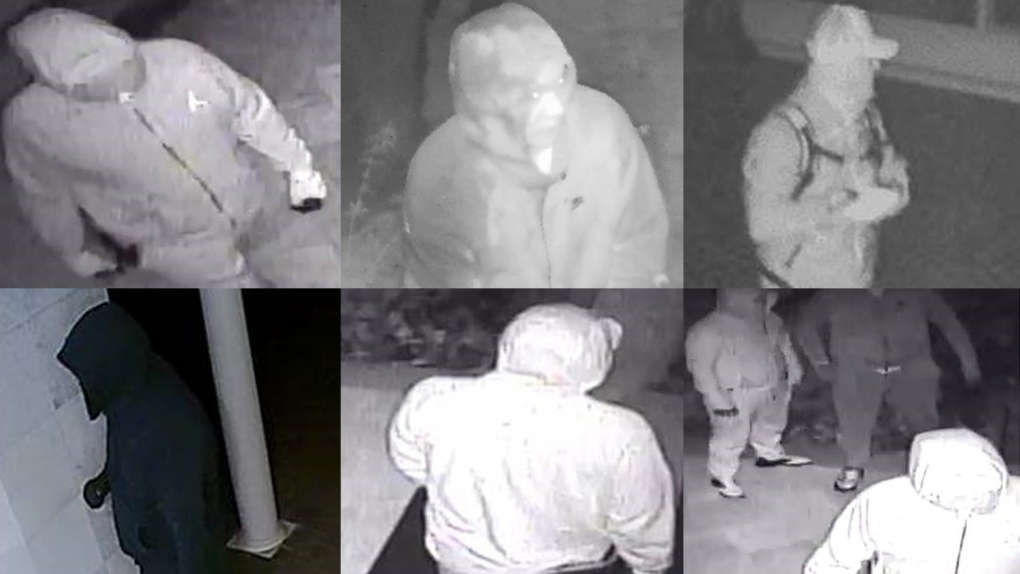 These security images of break and enter suspects were provided by the West Vancouver Police Department.

Police in West Vancouver say they're investigating a recent spike in residential break-ins.

In a statement, the force said there were 29 reported break and enters in the district between July 1 and 30, bringing the total to 108 so far this year. According to police, that's a 65-per-cent increase compared to the five-year average.

Police also released a map showing where in the district the break-ins occurred.

In the meantime, the WVPD is urging residents to take precautions as police investigate.

Tips include locking doors and closing windows when no one is home, ensuring your home alarm is working properly and making sure notification agreements are up to date with alarm companies.

Residents are also advised to avoid leaving easily accessible ladders on their property, making sure their home as adequate exterior lighting and letting a neighbour a neighbour know if they're going to be away for an extended period of time.

"The people responsible for these break and enters are looking for items of high value, and seem to be targeting homes that appear unoccupied at the time," said Const. Kevin Goodmurphy. "We want to remind our residents that if they see or hear suspicious activity, to contact us immediately."

Anyone who can help identify the suspects seen in the video or has other information that could advance the investigation is asked to contact West Vancouver police at 604-925-7300. Tips can be left anonymously through Crime Stoppers at 1-800-222-8477.