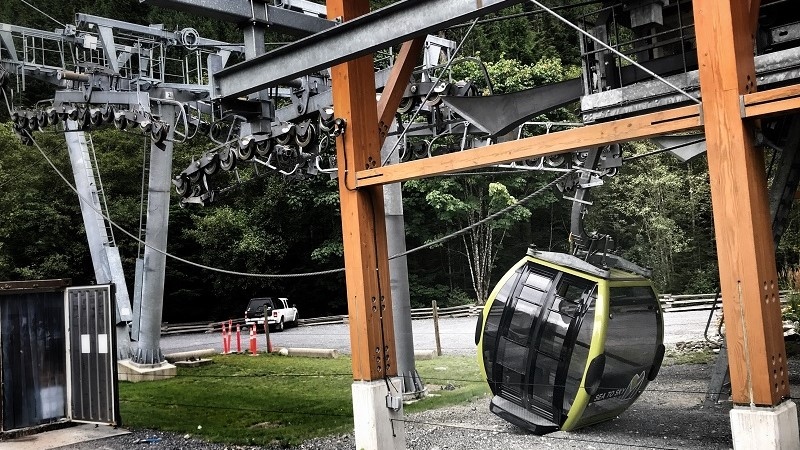 VANCOUVER -- Over six months after vandalism forced its closure, the Sea to Sky Gondola announced it will reopen in one month.

Early in the morning of Aug. 10, 2019, numerous cars on the gondola came crashing down after the lift's haul rope broke. Investigators later confirmed that the cable was intentionally cut. The damage and closure led to 75 staff members being laid off and multiple events – including weddings – being cancelled.

But the Squamish attraction announced Tuesday that it would re-open on Feb. 14, the Friday of the Family Day long weekend.

"We are opening earlier than anticipated and the task has been huge," said Kirby Brown, Sea to Sky Gondola general manager in a news release.

"Our industry partners were there every step of the way, from assisting in the clean-up and assessing needs to delivering major components with absolutely no notice. Our amazing team rose to the challenge and have done everything required to get us back up and running as quickly as possible so we can get back to connecting people with nature and the beauty of Squamish."

RCMP took over the investigation in September and while their initial report suggested the cable had been cut, no suspects have been identified.

"We continue to work with our partners and other agencies to understand and investigate what exactly happened in the early morning hours of Aug. 10, 2019," said Const. Ashley MacKay in an emailed statement. "This type of investigation is complex and time consuming and remains a priority for our officers."

Final inspections by Technical Safety BC are scheduled for the first week of February. A new 4.4-kilometre long haul cable was installed during the rebuild, along with 30 new cabin cars and a state-of-the-art security system.

"The fact that the main haul cable was completely severed was, and still is, shocking, and the investigation with the RCMP is ongoing. However, we want our guests to know they can travel to the summit on the Sea to Sky Gondola with complete confidence," Brown said.

"Our protocols would never allow the line to run if there was any damage to the cable and the security measures installed since the incident will ensure the gondola is secure and protected from any other criminal activity."

Tickets will be 50 per cent off during the gondola's re-opening weekend.