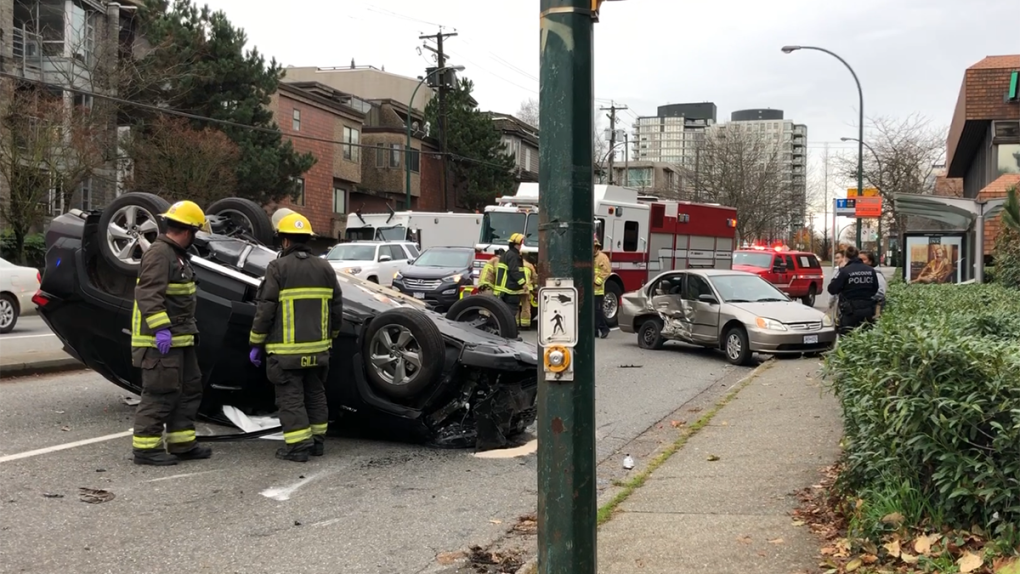 A still image from video shot by CTV News Vancouver's Murray Castonguay shows the scene of a crash in Vancouver on Monday, Nov. 18, 2019.

It appeared a small black SUV collided with a sedan at Alder Crossing.

The larger vehicle was flipped upside down, and the sedan had a large dent in its passenger side.

Officials have not provided details on what happened, but said two people were taken away by ambulance. Their conditions are not known.

Vancouver Fire and Rescue Services posted that westbound traffic was being diverted at Alder as crews investigate.

"Avoid area if possible," they wrote on Twitter. A tow truck was called to help clear the scene.